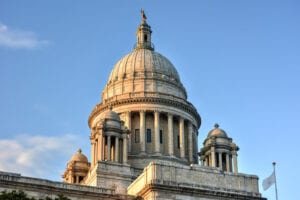 Rhode Island state Representative Carol Hagan McEntee is sponsoring a new bill to expand the current law’s definition of “perpetrator”, which could mean one less hurdle survivors of sexual abuse in Rhode Island would have to jump over in order to seek justice through the legal system. The bill is in response to state court rulings which, victims’ advocates say, have narrowed the meaning of the term “perpetrator” under the law and has precluded victims of clergy sexual abuse from including a church or diocese in a lawsuit.

Annie’s Law, passed in 2019, extended Rhode Island’s statute of limitations for survivors of childhood sexual abuse from seven years after the victim’s 18th birthday to 35 years. Meaning a victim of childhood sexual abuse in Rhode Island would have until age 53 to bring a lawsuit against the perpetrator(s). However, in a lawsuit brought by three victims of clergy sexual abuse against the Diocese of Providence, a Superior Court judge ruled that, under the language of Annie’s Law, only the person who committed the abuse could be the perpetrator. Based on the judge’s reading of the law, the cases against the Diocese were dismissed.

The new legislation sponsored by McEntee would expand the definition of the word “perpetrator” to include ‘people and entities who aided and abetted sexual abuse, or who concealed it in a way that would make them criminally liable.’ Considering the Catholic Church’s well-documented history of covering up the sexual abuse of children amongst its ranks, the language of this bill would hopefully make it much less likely that any sexual abuse lawsuits brought against a diocese would be dismissed on these grounds.

If you or a loved one were a victim of sexual abuse within the Rhode Island Dioceses, contact our firm today. Our law firm handles Rhode Island clergy sexual abuse lawsuits and can help you understand how long you have to file a clergy abuse claim in the state of Rhode Island. Call us now at for a FREE and PRIVATE consultation.