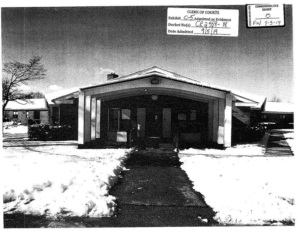 Devereux Advanced Behavioral Health is again under fire after The Philadelphia Inquirer article highlighted the disturbing behavior and cultural patterns within the Devereux company which perpetuated multiple sexual abuse allegations and lawsuits.

The company, which operates 15 campuses throughout multiple states, states its mission as follows: “Devereux Advanced Behavioral Health changes lives – by unlocking and nurturing human potential for people living with emotional, behavioral or cognitive differences.” In 1912 Helena Trafford Devereux saw the need to help special needs children in the Philadelphia area. In 1918 she rented a house in Devon, PA to house students and soon began renting more property. The organization which started with 10 children has grown to 5,000 today. However, the growth has been plagued by a disconnect between management and workers, opening the doors for lack of oversight and accountability.

According to The Philadelphia Inquirer investigation, 41 children who sought help within a Devereux facility over the last 50 years have been sexually assaulted by staff members. Several have brought lawsuits, including one being pursued by attorney Derek Braslow.

Statements by top-level management regarding sexual assault allegations have been very typical and expected. Senior vice president and chief strategy officer Leah Yaw noted “…We won’t excuse ourselves from that responsibility. We wouldn’t expect you to excuse ourselves from the responsibility. We wouldn’t expect you to excuse us. From Devereux’s perspective we are taking this on. We’re on it”. However, based on investigative reporting by The Philadelphia Inquirer staff, the sentiments by the top-level management have many gaps which are highlighted through Devereux staff (former and present) and family members.

The lack of oversight and accountability is apparent. In a 2012 case at the Georgia Devereux campus, Jimmy Singleterry was able to rape a girl twice in the same shift. He was improperly assigned to an all-female dorm, alongside a female staffer, because the campus was short staffed. The first rape occurred when Mr. Singleterry was allowed to take an unauthorized break. The second rape occurred when the female staff member went to the bathroom and never returned.

The Inquirer found that during its investigation of Devereux, this practice of clocking in and checking out was common. In a court document the female staffer assigned with Singleterry testified she never would have continued leaving early if any supervisor had confronted or disciplined her about this fairly common action. Executives at Devereux denied that facilities were understaffed, or that employees left their duties early.

For many, the betrayal by Devereux and its leaders will never be forgiven. LaTasha Hall’s son, Edward, was abused by Robert Flood, a Devereux staff member. In 2018 he was sentenced to eight years in prison but that doesn’t undo the damage that was done. At Flood’s sentencing Hall told the judge how much she hoped that Devereux would help her son, but it only ended up unraveling him.

Hall stated, “It still bothers me to know that this happened by someone I trusted, by a facility that I put 150% of trust in to take care of my baby . . . People often say it takes a village to raise a child. That village was supposed to be Devereux.”

If you or a loved one were a victim of sexual assault contact our firm today or learn more by visiting our sexual assaults and lawsuits page. Our firm reviews cases of sexual abuse and assault nationwide and can help you understand your legal options. Your time to file sexual abuse and assault claim is limited. Call us today at 1-800-941-7209 for a FREE and PRIVATE consultation.