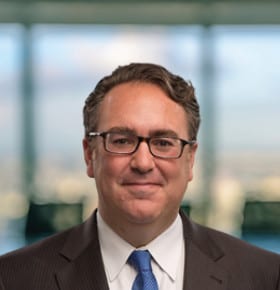 Derek serves as special counsel and lead attorney for the firm’s Sexual Abuse and Assault Litigation team. Derek is known for his compassion to clients and his passion in pursuing justice. He has been a leader in the legal field, notable for being one of the first attorneys to file suit on behalf of families who lost a child, spouse or parent to suicide as a result of psychotropic medication and one of the first to file a suit against investigators, sponsors and institutional review boards for conducting unethical human clinical trials.

Derek is also the owner of The Braslow Firm, LLC as well as a partner and Chair of the Firm’s Sexual Assault Litigation Group at Ketterer, Browne & Associates, LLC. Together with the Feeney Law Firm, these firms have attorneys licensed to practice in Massachusetts, Maryland, Pennsylvania, New Jersey, Florida, Virginia and the District of Columbia. In addition, the team works closely with firms in the states of California, New York, Texas, along with many others, in order to provide national outreach to sexual abuse and assault survivors in all 50 states.

Derek has spent his 20+ year career seeking justice for individuals and families who have been injured by defective products, devices and dangerous pharmaceutical drugs when corporations’ greed puts profits over people. Additionally, Derek has served in numerous Court-appointed leadership positions in other pharmaceutical and medical device litigations. He has been appointed as Co-Liaison Counsel in multiple state and federal courts, including Risperdal and Paxil in Philadelphia, Levaquin in New Jersey and Zimmer Durom Hip Cup Products Liability Litigation MDL 2158.

A sought-after speaker at conferences sponsored by the American Association for Justice, the American Bar Association, Harris Martin, Mass Torts Made Perfect and the International Center for the Study of Psychiatry and Psychology, Derek has lectured on issues ranging from federal preemption of drug products, antidepressants and suicide, antibiotics and tendon ruptures, pelvic mesh injuries, clinical trials, bioethics and pharmaceutical litigation and policy. Most recently, he has been a featured speaker on the topics of Onglyza and heart failure, the dangers of Metal-on-Metal hip devices, Proton Pump Inhibitors and kidney disease, Risperdal and gynecomastia, and the Zimmer Nexgen Knee litigation. He currently serves as co-chair of AAJ’s Zimmer Nexgen Knee Litigation Group and Proton Pump Inhibitor Litigation Group. Derek has testified before the FDA’s Psychopharmacologic Drug Advisory Committee regarding the risk of suicide and antidepressants and has counseled many clients who themselves have testified before the FDA’s subcommittees regarding the deadly risks of ADHD drugs and antidepressants for children and adolescents. Derek has also been featured in multiple documentaries concerning psychotropic medication and has been quoted in numerous articles on the issues of health care reform and the risks of psychotropic medication.

Derek is a 1993 graduate of the University of Pennsylvania and 1996 graduate of Temple University School of Law. While at Temple, he clerked for the Hon. Norma L. Shapiro in the United States District Court for the Eastern District of Pennsylvania and served as co-chair of Temple’s Women’s Law Caucus. Derek also led Temple’s National Trial Team to a regional championship and was awarded the Philadelphia Trial Lawyers Association Award for Trial Advocacy. From 2010-2011 Derek was named a Pennsylvania Rising Star and from 2012-2019 he has remained on the Pennsylvania Super Lawyer list.

Derek lives in suburban Philadelphia and has spent much of his free time over the last decade coaching girls soccer, basketball and softball for his three daughters. He has also served as a board member for his local synagogue and a non-profit dedicated to informed consent and parental rights, and he has been active in raising awareness and money for breast cancer research.