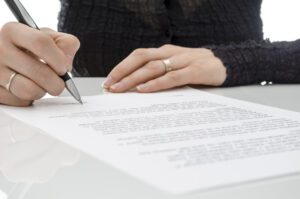 New York Governor Kathy Hochul recently signed into law the Adult Survivors Act. Similar to the state’s 2019 Child Victims Act, the law opens up a one-year revival window for adult survivors of sexual assault. This will allow adult sexual assault survivors to bring civil claims against their assailants without regard for New York’s statute of limitations laws.

The one difference between the two laws is that with the Adult Survivors Act, the sexual offense must have occurred when the survivor was over the age of 18. The one-year window will open six months after the bill signing, which means adult survivors will likely have until November of 2023 to bring their time-barred claims.

When revival windows have opened in other states, courts have seen a flood of sexual abuse claims being filed. New Jersey, for example, saw over 800 lawsuits alleging child sexual abuse during that state’s two-year window. Revival windows are crucial pieces of legislation for survivors of sexual abuse and assault. Studies have shown it can take years for victims to process, or even realize, the trauma they have suffered. Even then, it could be decades before they are ready to come forward and speak about their abuse or assault. Unfortunately, by the time they are ready, the statute of limitations in most states would likely have run out on their claim. Revival windows, like the Adult Survivors Act, allows survivors of sexual abuse or assault to come forward, regardless of statutes of limitations, and have the potential to receive some justice.

Governor Hochul hopes the new law will empower survivors to confront their abusers in court. “To those who thought they got away with horrific crimes they committed, I just have one message: Your time is up. Your victims will see you in court and you will be brought to justice,” she said in a statement to reporters.

Hopefully, more states will continue to open revival windows for survivors of sexual abuse and assault so their stories can be heard.