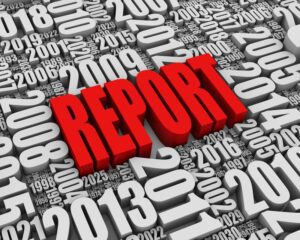 Maryland Attorney General Brian Frosh’s office finally produced a report over three years after his office first announced it would begin investigating clergy sex abuse within the Maryland dioceses. The report comes within months of Maryland clergy sex abuse survivors voicing their frustration with Frosh’s office for its apparent “foot-dragging” in producing the investigation’s results.

Similar to the Pennsylvania grand jury report produced by its attorney general, the numbers of both survivors and abusers are shocking. The 463-page report identifies 158 Roman Catholic priests in the Archdiocese of Baltimore who have been accused of sexually and physically abusing more than 600 victims over the past 80 years. Age ranges for the victims were from preschool through young adulthood. Both boys and girls were abused.

The report states that of the 158 priests identified, 115 had been prosecuted for sex abuse and/or publicly identified by the archdiocese as having been credibly accused of sexual abuse. The 43 other priests in the report had been accused of sexual abuse, but were not publicly identified by the archdiocese. In some instances, parishes had multiple sexually abusive priests serving at the same time. One particular parish was assigned eleven sexually abusive priests over a period of 40 years. The court filing said this most likely lead to survivors reporting abuse to priests who were also predators.

The Maryland leader of the Survivors Network of those Abused by Priests (SNAP), David Lorenz, said the numbers in the report were “absolutely horrendous.” In a statement, Lorenz said:

Once again, the church has lied about the number of abusive priests. Many parishes were dumping grounds for predators, some housed almost ten. It is very clear that nobody was safe. Sadly, it is no different than any diocese or secular report in the country.

Since the report contains information from grand jury subpoenas, Frosh had to file a motion to make the report public. No date has been set for the court to make a decision on the motion.

Sexual Abuse Lawyer for Maryland Clergy Abuse Victims
If you or a loved one were a victim of sexual abuse within the Maryland Dioceses, contact our firm today. Our law firm handles Maryland sexual abuse lawsuits and can help you understand how long you have to file a clergy abuse claim in the state of Maryland. Call us now at 1-800-941-7209 for a FREE and PRIVATE consultation.