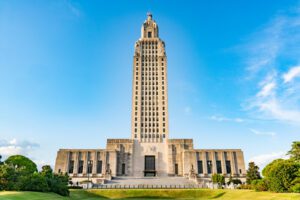 On August 1, 2021, a new law took effect in Louisiana which will provide much needed help to victims of clergy sexual abuse in pursuing civil justice against Catholic dioceses in the state.

The new law removes the statute of limitations for child sexual abuse victims under the age of 28, and also opens a three-year revival window for survivors over the age of 28 whose claims have previously expired. Revival windows are often crucial for survivors of childhood sexual abuse, since it can take years, even decades, before they are ready to come forward about their abuse. Without revivals windows, often the time allowed under the law to file a claim has already run out. Revival windows can give a survivor a second chance to hold those responsible for their abuse accountable.

The bill’s sponsor, Rep. Jason Hughes (D-New Orleans), said the following: “House Bill 492 will never cure the pain of victims; however, it gives them a chance to achieve justice and hopefully some sense of closure. This bill will send a powerful message to every vicious predator that child sex abuse is unconscionable and will not be tolerated or condoned in Louisiana.”

If a similar pattern follows as it did in New Jersey and New York after those states opened revival windows, Louisiana can expect to see a large increase in the number of clergy sexual abuse cases filed. The Archdiocese of New Orleans filed for bankruptcy protection last year because it already had roughly 400 claims of clergy child sexual abuse filed against it. While the new law will not affect that diocese due to the bankruptcy filing, the six other dioceses in the state should be concerned this law could cause an uptick in claims filed against them. Hopefully the other dioceses in the state will not hide behind bankruptcy protection and, instead, will choose to acknowledge the survivors’ suffering by offering both emotional and financial assistance.