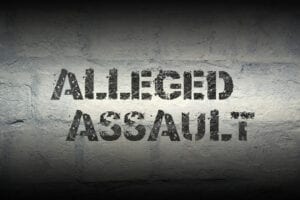 A popular Chicago priest is facing accusations he molested two brothers back in the 1970s when they were boys. The men, who now live in Texas, accused Father Michael Pfleger of sexually abusing them in his bedroom at the churches he served at on Chicago’s South Side. The brothers have chosen to remain anonymous since they still have family in Chicago and don’t want them to receive any backlash from Pfleger’s supporters.

Pfleger was the choir director at Precious Bloods Parish in the late 1960s. The older brother joined the choir there when he was 11 years old. The younger brother joined later when he was 12 years old. Both boys were drawn to Pfleger because of his approachability and charismatic style. Pfleger’s demeanor made the boys feel safe and protected and they looked up to him as a role model. They began spending more time with Pfleger at the church, in both group and private settings.

According to the older brother, Pfleger began sexually abusing him about a year after they first met, and it continued from 1970 until 1976. He also claimed he was abused dozens of times in Pfleger’s bedroom in the different parishes he served including Precious Blood, Our Lady of Perpetual Help in Glenview, St. Sabina and the Mundelein seminary. The victim said they were always alone in Pfleger’s bedroom when the abuse occurred.

The younger brother attests that his abuse started in the early 1970s. The first incident happened when he was only 13 years old during a car ride home with Pflger. Like his older brother, he claims he was abused dozens of times in Pfleger’s bedroom at the churches where he was assigned.

Public Notice of Allegations and Support for Pfleger

The allegations by the brothers were made public by the Archdiocese of Chicago in a letter by Cardinal Blasé J. Cupich. The letter describes how the church is following its child protection policies, including notifying the Illinois Department of Children and Family Services (DCFS) and the Cook County State’s Attorney. Additionally, Pfleger was asked to step aside from ministry while the allegations are reviewed.

Over 45 years of service, the often unorthodox Pfleger has built up quite a bit of goodwill in the community. Not surprisingly, an outpouring of support for Pfleger followed the public announcement.

Kimberly Lymore, the associate minister at St. Sabina offered her and the church’s support in a news conference. “We boldly stand behind our senior pastor, we do not believe the accusation,” Ms. Lymore said. “Pastor Pfleger’s 45 years of ministry speaks for itself. We hope that the investigation will be swift and impartial, and we know he will fully be exonerated.”

Lawyers for Pfleger proclaim the accusations are just a ply for money and motivated by greed. They went on to say, “Father Pfleger has mentored and inspired thousands of young men and women over the past several decades with honor, decency and dignity,” the statement read. “He has earned the esteem and respect of the people he has served.”

While a thorough investigation regarding the brothers’ claims needs to be conducted, people shouldn’t assume Pfleger’s innocence just based on his service to the community. The child abuse case against Cardinal McCarrick in New Jersey is one example that a public life of ‘good’ acts doesn’t make a priest, bishop, or even a Cardinal immune to ‘bad’ acts in private. People should consider the facts uncovered by the investigation before forming their opinion on Pfleger’s guilt.

As clergy abuse lawyers, we know how hard it can be to report child sexual abuse you may have suffered. The potential support from the community for a predator priest can be a concern. However, we stand committed to listening and seeking justice on your behalf. We will be there for you.

If you or a loved one were a victim of sexual abuse within an Illinois Dioceses, contact our firm today. Our law firm handles Illinois priest sexual abuse lawsuits and can help you understand how long you have to file a clergy abuse claim in the state of Illinois. Call us now at 1-800-941-7209 for a FREE and PRIVATE consultation.