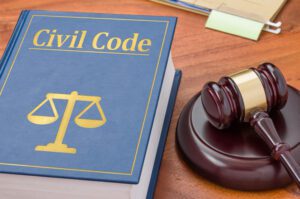 In July 2021, Governor Janet Mills signed a bill into law which eliminated Maine’s statute of limitations laws for child sexual abuse. A year later, the first child sexual abuse lawsuits to take advantage of the new law were filed against the Diocese of Portland.

Maine did remove the civil statute of limitations for survivors of child sexual abuse back in 2000. However, that law change was not retroactive, meaning victims whose claims were expired at that point were unable to file a claim. The new law allows all previously time-barred claims to be filed.

The alleged sexual abuse started in the 1960s and went on for decades. Two of the three claimants chose to remain anonymous. Robert Dupuis, one of the survivors, released a statement saying he hoped these new lawsuits would encourage other victims to come forward with their stories of clergy sexual abuse.

The lawsuit gives me the opportunity to come forward and tell my story and by doing so to encourage other survivors to come forward. It’s time for the church to stop minimizing the effects of sexual abuse on its victims and take full accountability for their negligence and malice.

Not surprisingly, the Diocese of Portland fought hard against the law change last year. A lawyer for the diocese argued that the new law would burden the court system with older claims and that Maine already had very liberal civil statute of limitations laws for sexual abuse. The diocese had no comment on the current lawsuits.

Lengthening or eliminating statute of limitations laws are vital to survivors seeking civil justice against their abusers or the organizations which allowed them to be abused. On average, it takes decades for survivors to come forward about their abuse. Barring their claims based on an arbitrary date on the calendar only serves to victimize them again. Hopefully more states follow in Maine’s footsteps and eliminate their statute of limitations laws for child sexual abuse.

Sexual Abuse Lawyer for Maine Clergy Abuse Victims
If you or a loved one were a victim of sexual abuse within the Maine Dioceses, contact our firm today. Our law firm handles Maine sexual abuse lawsuits and can help you understand how long you have to file a clergy abuse claim in the state of Maine. Call us now at 1-800-941-7209 for a FREE and PRIVATE consultation.