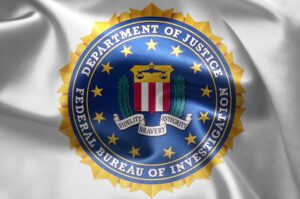 The FBI has opened an investigation into the Catholic Church in New Orleans regarding allegations of sexual abuse of children going back decades. While it is rare for a federal agency to probe into Catholic priest sexual abuse claims, this investigation will focus on whether priests took children across state lines to molest them.

The FBI is pursuing the predator priests under the Mann Act. The Act is a century-old anti-sex trafficking law that prohibits taking anyone across state lines for illicit sex. More importantly, there is no statute of limitations for Mann Act violations. This means if a priest took a child across state lines and sexually abused them, the priest could still be criminally prosecuted, even if the abuse took place decades ago. Many of the child sex abuse survivors interviewed by the FBI said their abuse occurred on trips to camps in Mississippi, or at amusement parks in Texas and Florida.

A former altar boy whose claims involve being abused in the 1970s on church trips to Colorado and Florida, said he was happy to see the federal government getting involved. “It’s been a long road and just the fact that someone this high up believes us means the world to us,” he said regarding the FBI’s involvement.

The Archdiocese of New Orleans declined to release a statement regarding the investigation. The archdiocese already filed for bankruptcy protection due to the flood of sexual abuse lawsuits filed after the Louisiana revival window opened. Investigators are now considering whether or not to seek access to thousands of secret church documents which chronicle clergy sexual abuse. Currently, most of these documents have been protected by a confidentiality order through the bankruptcy court.

While previously federal prosecutors have hit roadblocks in pursuing predator priests, they believe their success with the Mann Act, used in prosecuting Jeffrey Epstein and R. Kelly for sex crimes crossing state lines, could help make a serious difference in this investigation.