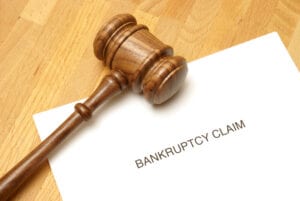 Chief Judge Carl L. Bucki of the U.S. Bankruptcy Court in the Western District of New York set the bar date for victims with claims of sexual abuse against the Diocese of Buffalo at August 14, 2021. A bar date is the date by which creditors (victims) need to submit proof of a claim. This means that victims have until August 14, 2021 to submit a claim against the Diocese of Buffalo in federal bankruptcy proceedings. The diocese will be required to notify the public of the August 2021 bar date via notices through mailings, publications, and postings.

The process started back in February 2020 when the diocese filed for Chapter 11 bankruptcy protection, making it the second New York diocese to file for bankruptcy behind the Diocese of Rochester.

Diocese lawyers requested a Jan 15, 2021 bar date, however, the committee of unsecured creditors, made up of abuse victims, wanted the deadline to coincide with New York’s Child Victims Act (CVA) which ends on August 14, 2021.

The diocese was also pushing for the bankruptcy proceedings to go into mediated settlement talks with insurers and creditors. Judge Bucki ruled against the diocese on this as well since the full extent of the claims has not yet been fully realized. The judge reasoned that further investigation may be needed to understand what coverage and policies are in place to cover claims so moving into any potential settlement talks seemed ill-timed.

Prior to filing for bankruptcy protection, the diocese sued multiple insurance carriers for coverage regarding the abuse claims. In setting the bar date, Judge Bucki now clears the way for that litigation to move forward. The judge stated that he wanted to ensure the information exchange between parties would not be held up and would move toward a just and fair resolution of rights.

If you or a loved one were a victim of sexual abuse within the Diocese of Buffalo or any other New York diocese, contact our firm today. Our firm handles New York sexual abuse lawsuits and can help you understand your rights when it comes to submitting a claim against the Buffalo Diocese. Call us now at 1-800-809-0911 for a FREE and PRIVATE consultation. Don’t wait; your time to file a claim may be limited.