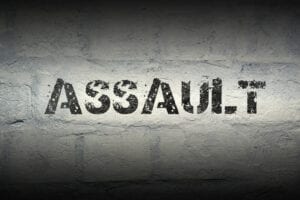 A federal lawsuit filed by a former Concordia Preparatory School student contains several sexual assault allegations dating back to 2018 when she was a student. The lawsuit alleges the school looked the other way and failed to act even though the student repeatedly reported the incidents. The alleged assaults took place at the private school in Towson, MD, just north of Baltimore.

The initial incident occurred in 2018 when a male classmate filmed an explicit video of the underage girl without her knowledge or consent. He then shared the video with other students. Soon after, the underage girl was repeatedly harassed by male students which led to several physical assaults.

One of the assaults noted in the lawsuit happened in February 2018, when a male student put his hand up the victim’s skirt during a religion class. A second assault happened in April, when the victim was ambushed by several male students who barricaded her in the locker room in complete darkness. Other sexually explicit comments and threats were made to her over the phone as well.
According to the complaint, a guidance counselor at Concordia Preparatory School was aware of the video. She spoke with the female student about the video, but did not make her parents aware of its existence. Moreover, the female student said the counselor did say she notified administrators, but they took no action.

Additionally, the suit notes the term ‘sexual assault’ was used by the female student during a meeting with the counselor. The counselor then responded to the student, “You shouldn’t call it that”.

The abuse and assaults took a significant toll on the teen and her grades suffered as a result. Even after switching schools, the bullying continued, at which point she transitioned to homeschooling. Additionally, she sought counseling for PTSD and depression as well.