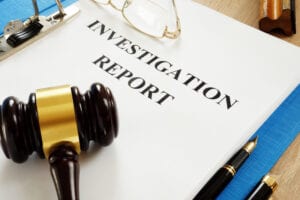 The three Roman Catholic Dioceses in Colorado paid out a total $7.3 million in sexual abuse settlements to over 70 people who were sexually abused as children by clergy. The payments came as part of the Colorado priest abuse reparations program. The Catholic Church settlements cover claims that went back decades and marked the end of a 22-month investigation by Colorado Attorney General, Phil Weiser.

The Attorney General’s investigation unearthed 46 new cases of child sexual abuse in 2020 alone, including nine additional sexually abusive priests who were not named in a previous report. In total, 212 cases of child sexual abuse by 52 members of the clergy were documented in the report and 71 victims received a cash settlement. Weiser did say that while his office looked to criminally prosecute the priests named in the report, the unfortunate truth was that most of the priests had either died or the statute of limitations had run on the claims against them.

One of the more shocking names listed in the report was Monsignor Charles Woodrich, who died in 1991. Woodrich, known as Father Woody, was well-known in the state for his contributions towards helping the homeless community of Denver, including founding two homeless shelters. Woodrich is accused of sexually abusing three teenage boys in the 1970s and 1980s. A statement released by the Archdiocese of Denver said the names of any priest identified in the Attorney General’s report will be removed from “any honorary designation.” One homeless shelter had been named after Woodrich.

The Attorney General’s report also included numerous recommendations for the dioceses in order to avoid covering up reports of sexual abuse to protect the church. Those recommendations included immediately reporting the child sex abuse to law enforcement, removing the offender from ministry, and offering “healing assistance” to victims. The Colorado Dioceses have reported that each has taken steps to implement these recommendations in the hopes of keeping children safe.

If you or a loved one were a victim of sexual abuse within the Colorado Dioceses, contact our firm today. Our law firm handles Colorado clergy sex abuse lawsuits and can help you understand how long you have to file a clergy abuse claim in the state of Colorado. Call us now at 1-800-941-7209 for a FREE and PRIVATE consultation.