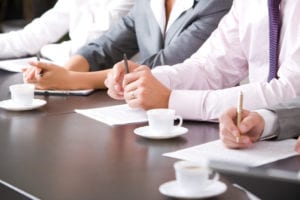 In October of 2019 an Independent Compensation Program (ICP) in Colorado was finalized allowing those sexually abused as minors by clergy in the Dioceses of Denver, Colorado Springs and Pueblo the ability to file claims. The unveiling of the program coincided with the Attorney General of Colorado releasing the names 43 priests accused of sexual abuse within the Catholic Dioceses of Colorado.

At the onset of the program, the independent administrators sent information to 65 people who had previously reported sexual abuse. As of February 2020, the oversight committee of Colorado’s Independent Compensation Program, which had a filing deadline of January 31, 2020, stated 87 victims had filed claims.

As of April 2020, the Colorado priest abuse reparations program has paid more than $3 million to 28 victims. Amy Weiss, program spokeswoman said “the paid claims include at least one from each diocese.”

Even though Colorado’s reparations program deadline has passed, it does not mean victims who had not filed through the program are left with no options. An experienced clergy abuse attorney can help you understand the legal options still available to you.

If you or a loved one were a victim of sexual abuse within the Archdiocese of Denver, Diocese of Colorado Springs or Diocese of Pueblo, contact our firm today. Our law firm handles Colorado sexual abuse lawsuits and can help you understand how long you have to file a clergy abuse claim in the state of Colorado. Call us now at 1-800-941-7209 for a FREE and PRIVATE consultation.