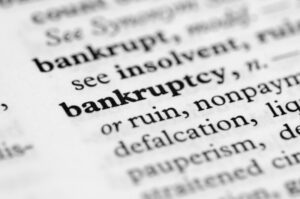 The Archdiocese of Santa Fe has finally filed its bankruptcy reorganization plan four years after filing for Chapter 11 protection. The plan comes months after the archdiocese reached a $121 million settlement with clergy sex abuse survivors.

The plan will pay almost 400 clergy sex abuse survivors a total of more than $121 million. An additional $4 million has been promised by the Servants of the Paraclete, who ran a treatment center which pushed dozens of offenders back into New Mexico parishes and schools. Of the $121 million, $46.5 will be paid by six different insurance companies. The archdiocese will contribute $75 million, which would constitute one of the largest settlements paid by an archdiocese in the country. In order to raise this amount of money, the archdiocese had to sell numerous properties, mortgage others, and asked parishes to contribute to the settlement fund. The Paraclete and three other religious orders sued in state court will contribute $7.85 million. The archdiocese released a statement with the plan, which read in part:

It is impossible to overstate the tragedy of the Abuse that was inflicted on the children and teenagers of the Archdiocese. The Abuse was perpetrated by priests or others purporting to do the missionary work of the Roman Catholic Church. Instead of fulfilling their missions, those perpetrators inflicted harm and suffering.

An important non-monetary part of the settlement agreement will require that the archdiocese turn over documents regarding the abuse scandal to the University of New Mexico Zimmerman Library. They will be available there for public inspection. Names of victims or any other identifying information will be redacted from the reports.

Attorneys representing clergy sex abuse survivors are cautiously optimistic the end of the bankruptcy proceedings could be in sight, which could mean possibility of some sort of closure for survivors. Survivors who filed claims must vote on whether or not to accept the archdiocese’s plan. A two-thirds majority for approval is needed to move forward. If that approval does occur, U.S. Bankruptcy Judge David Thuma would then have to confirm the plan.

Sexual Abuse Lawyer for New Mexico Clergy Abuse Victims
If you or a loved one were a victim of sexual abuse within the New Mexico Dioceses, contact our firm today. Our law firm handles New Mexico sexual abuse lawsuits and can help you understand how long you have to file a clergy abuse claim in the state of New Mexico. Call us now at 1-800-941-7209 for a FREE and PRIVATE consultation.