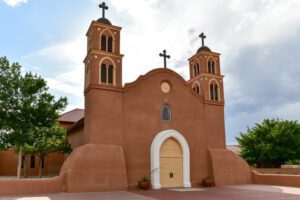 The Archdiocese of Santa Fe, one of the oldest dioceses in the United States, announced it had reached a settlement agreement with survivors of clergy sexual abuse in order to resolve its bankruptcy protection filing.

The tentative agreement totals $121.5 million and involves roughly 375 claimants. A number of the sexual abuse allegations against diocese clergy members go back decades. The chairman of the creditors committee, Charles Paez, who negotiated the settlement on behalf of the survivors, was intent on holding the Archdiocese of Santa Fe accountable for the abuse and it resulted in one of the largest diocese contributions to a bankruptcy settlement in U.S. history.

Along with the monetary settlement, the Archdiocese also agreed to create a public archive concerning the history of the sexual abuse claims against the diocese. Survivors of sexual abuse within the Santa Fe diocese have to approve the settlement before it can be finalized. Proceeds from sales of property and other assets, along with parish contributions and insurance funds will account for the money to be used for the settlement. Attorneys for both survivors and the diocese stated that the agreement does not include the settlement of any claims against religious orders.

In a statement regarding the settlement, the archbishop of Santa Fe, John C. Wester, said:

The church takes very seriously its responsibility to see the survivors of sexual abuse are justly compensated for the suffering they have endured. It is our hope that this settlement is the next step in the healing of those who have been harmed.

Sexual Abuse Lawyer for New Mexico Clergy Abuse Victims
If you or a loved one were a victim of sexual abuse within the New Mexico Dioceses, contact our firm today. Our law firm handles New Mexico sexual abuse lawsuits and can help you understand how long you have to file a clergy abuse claim in the state of New Mexico. Call us now at 1-800-941-7209 for a FREE and PRIVATE consultation.