Allegations of Sexual Abuse Emerge Against Two Priests Who Served in the Diocese of Greensburg, PA 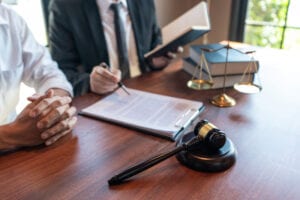 Allegations of sexual abuse by two priests who served in the Greensburg Diocese were brought to light recently by the State Attorney General’s office and the diocese itself. Father Emil Payer’s name was released by the diocese as part of a report by Bishop Edward Malesic. The report stated that Payer’s name was being added to the diocese’s list of priests who served within the diocese and had one or more “credible and substantiated” allegations of child sexual abuse brought against them. The second priest, Father Andrew M. Kawecki, was arrested and charged with several sexual abuse crimes against a former altar boy.

During Bishop Malesic’s tenure as the head of the Greensburg diocese, he had two separate independent reviews of personnel files conducted. The purpose of the investigations was to confirm that “no one who is, or was, the subject of a credible and substantiated allegation of improper conduct with a child or young adult under the age of 18 is currently serving in any ministerial capacity in the Diocese.”

At the time of the reviews, no priests who were currently active in the diocese had any credible and substantiated allegations of prior sexual misconduct. However, 21 priests who were not currently active were listed, making up what became the original Greensburg Diocese credibly accused list. Even after the two reviews, the Diocese of Greensburg continued monitoring current and former clergy. Through the monitoring process they concluded Father Payer’s name should be added to the list of 21 names previously released.

The Bishop’s report provides this description:

Father Emil Payer is alleged to have sexually abused multiple minors and vulnerable adults in the 1980s while serving in the Diocese of Greensburg. Father Payer had been previously removed from ministry for alleged financial improprieties and significant restrictions were placed on him as a result of those allegations. Father Payer subsequently pleaded guilty to theft by unlawful taking, receiving stolen property and theft by deception among other charges in July of 2014. One important fact regarding Father Payer is that there were no allegations of child sexual abuse in his file, or received by the Diocese of Greensburg, prior to us being contacted in 2018 about these allegations of child sexual abuse.

Father Payer was removed from ministry in 2011, and was convicted in 2014 for stealing almost $100,000 from the Church of the Seven Dolors in Yukon, PA.

The second priest, Father Andrew M. Kawecki, was arrested on charges he sexually assaulted an altar boy. The charges were brought by Attorney General Josh Shapiro’s office. The alleged abuse occurred multiple times at St. Cyril and Methodius Church starting in 2004. The boy was 11 at the time and the abuse lasted until he was 14.

The Pennsylvania Attorney General’s Office has received more than 2,000 tips since their grand jury report was released. It was these tips that led to the arrest of Father Kawecki.

Both priests have been removed from ministry but remain priests.

If you or a loved one were a victim of sexual abuse within the Diocese of Greensburg or any other Pennsylvania dioceses, contact our firm today. Our law firm handles Pennsylvania sexual abuse lawsuits and can help you understand how long you have to file a clergy abuse claim in the state of Pennsylvania. Call us now at 1-800-941-7209 for a FREE and PRIVATE consultation.