Home /Catholic Church Sexual Abuse / What Does it Mean When a Priest or Clergy is ‘Credibly Accused’?

What Does it Mean When a Priest or Clergy is ‘Credibly Accused’?

Dioceses have been publishing lists of ‘credibly accused’ priests or clergy regarding child sexual abuse since 2002. However, many people may wonder what it means if a priest or clergy member has been credibly accused of sexual abuse. What standards, if any, are in place for a name to be added to a particular list? A look at the history and process of how these lists came to be may help show what it means if a name is on an ‘accused’ list.

Creation of Charter to Protect Youth 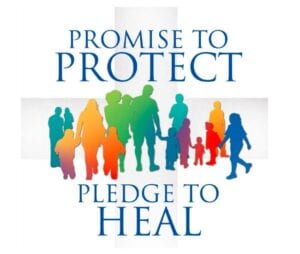 Charter for the Protection of Children and Young People, https://www.usccb.org/test/upload/Charter-for-the-Protection-of-Children-and-Young-People-2018-final(1).pdf

When the clergy abuse scandal became public in 2002, it prompted the Catholic Church to formalize plans aimed at protecting youth. The United States Conference of Catholic Bishops (USCCB) created the Charter for the Protection of Children and Young People (CPCYP) in June of 2002. The CPCYP is sometimes referred to as the Dallas Charter as well. In creating the CPCYP, two additional committees were also formed, the National Review Board (NRB) and the Secretariat of Child and Youth Protection (SCYP).

The Secretariat of Child and Youth Protection provides oversight of the charter and has three essential tasks:

While the Secretariat of Child and Youth Protection assists with the implementation and compliance of the CPCYP at the diocese level, the National Review Board collaborates with the USCCB Committee for the Protection of Children and Young People on matters of policies and practices within the Charter. Along with other functions, the National Review Board reviews the Secretariat of Child and Youth Protection annual report and makes recommendations to the USCCB on matters related to preventing sexual abuse of a minor.

The Charter has been revised several times over the years with the most recent revision completed in 2018. While this is a step forward in the prevention of the sexual abuse of children by clergy, what does the Charter outline regarding allegations of sexual abuse?

According to the Dallas Charter, since 2002, allegations of sexual abuse of a minor within the Catholic Church should be reviewed by an independent review board. The review board functions as a confidential consultative body to the bishop/eparch. The majority of its members are to be lay persons, and not employed by the diocese/eparchy. The board is to advise the diocesan/eparchial bishop in his assessment of allegations of sexual abuse of minors and his determination of a cleric’s suitability for ministry.

Additionally, the Charter for the Protection of Children and Young People (CPCYP) provides procedural standards when an allegation is made known. Those procedures include:

These procedures now mean that allegations of sexual abuse will not only involve the Catholic Church, but public authorities as well, which could lead to criminal prosecution of abusers where there is enough evidence to file charges. Given the involvement of both the Catholic Church and public authorities, there would be several potential standards which, if the criteria are met, would deem an allegation as ‘credible’.

Currently, the USCCB has not created a national standard in order to determine whether an allegation should be labeled ‘credible’ or ‘non-credible’. The definition of the word ‘credible’ isn’t even standardized in this context. The 2004 John Jay report which studied the nature and scope of sexual abuse of minors in the Catholic Church between 1950 and 2002, uses ‘credible’ as synonymous with ‘substantiated’. Canon Law uses the language ‘Semblance of Truth’ instead of ‘credible’. While these terms are, at times, used interchangeably, some differences in meaning can exist.

Even though no specific standard exists and individual dioceses have some freedom to apply the Charter’s proclamations as they see fit, a published credibly accused list is generally accompanied by information on the criteria used to place a name on the list.

Often, a diocese will have a frequently asked questions section on its website detailing the criteria. Examples below are taken directly from diocese websites.

The Catholic Diocese of Dallas states:
A “credible allegation” is one that, after review of reasonably available, relevant information in consultation with the Diocesan Review Board or other professionals, there is reason to believe it is true.

The Catholic Diocese of Providence states:
For the purpose of the published list, the Director [Director of the Office of Compliance; Kevin M. O’Brien] included individuals on the list when he had a reasoned and grounded belief that the allegation was sufficiently supported based upon the presently available and developed evidence.

An Important Note to Survivors about Accused Lists

Our law firm has been working hard to create an extensive database of accused priests and clergy. However, published lists will only include clergy or priests who already have allegations against them. If you are a survivor of sexual abuse within the Catholic Church and you cannot find a name on a published list, it does not mean you cannot pursue a case. Please contact an experienced clergy sex abuse lawyer who will help you understand your legal options.

The Feeney Law Firm handles childhood clergy sexual abuse cases nationwide and can help you understand how long you have to file a clergy abuse claim. Call us now at 1-800-809-0911 for a FREE and PRIVATE consultation.