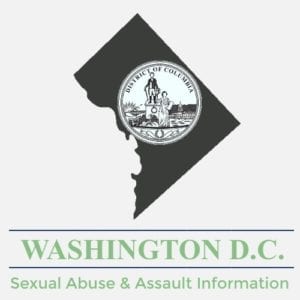 Washington D.C. has made progress on both their criminal and civil statute of limitation (SOL) laws since 2002, but it wasn’t until 2019 that the District made tremendous improvements. Its efforts to change legislation has helped survivors of sexual abuse get justice against their abusers in the courts, and also allows for compensation. These laws enable lawyers handling sexual abuse claims in Washington D.C. to file cases against sexual predators, including clergy members, and the Catholic church.

Washington D.C. is one of 29 states to pass SOL reform legislation in 2019. A highlight of their SOL reform was the enactment of a revival window to help sexual abuse survivors; allowing previously expired claims of sexual abuse to be brought against abusers. The District has finally eliminated the SOLs for sexual abuse criminal claims and opened a retroactive claims window for sexual abuse civil claims.

In 2019, Washington D.C. eliminated the SOL for all felony sexual abuse, child sexual abuse, sexual abuse of a minor, and incest. However, it left the SOL for trafficking, pornography and prostitution to age 31. Child USA, who has evaluated every state based on their criminal statute of limitation laws, gave Washington D.C. a score of 3, on a 1-5 scale, where 5 is the highest. A score of 3 is defined as a criminal SOL eliminated for felonies only.

On May 3, 2019, the District opened a 2-year revival window for expired civil SOL claims. The window applies to all child sex abuse victims up to age 40 and, in some circumstances, older victims and those sexually assaulted as adults. This includes a 5-year “discovery rule”; meaning the statute of limitations on civil claims would not begin to run until the victim actually remembered the abuse.

The Archdiocese of Washington D.C. has agreed to pay out over $1 million to victims of child sex abuse. Below outlines the timeline of the related settlements.

2005 to 2007 – Between 2005 and 2007 the Archdiocese of Newark, NJ and the Diocese of Metuchen, NJ secretly paid $180,000 to two sexual abuse victims of former Washington D.C. Archbishop Theodore McCarrick. As part of a broader cover-up, it was reported in December 2019 that McCarrick bribed Catholic Church high-ranking officials, including popes, with over $600,000 for nearly 20 years amidst his sexual abuse allegations. McCarrick’s checks were paid out of a little-known account in the Archdiocese of Washington known as the “Archbishop’s Special Fund.” McCarrick began serving as Washington D.C.’s archbishop in 2001 and retired in 2006.

December 2006 – The Archdiocese of Washington D.C. settled a lawsuit for $1.3 million filed by 16 men who were sexually abused by 8 priests from 1962-1982. Three of the priests named in the settlement, Thomas A. Schaeffer, Alphonsus M. Smith, and Edward B. Pritchard, were also criminally convicted of sexually abusing 5 minors in 1995.

*The settlements listed above are offered for educational purposes only and do not guarantee any future outcome or settlement. Each legal situation is different, and past performance does not guarantee future results. We do not maintain that is a full list of all settlements in Washington D.C. but merely a grouping of those we choose to share on our website. Please contact us if you would like additional settlements included or if you notice any inaccuracies on our site. We strive to provide our viewers the most up to date and accurate information as possible.

The Archdiocese of Washington D.C. has released the following list of priests, deemed to have been credibly accused of sexual abuse of a minor according to their website.

The emotional scars left behind from being sexually abuse abused by Catholic priest, Scott Asalone, led to David Grosso’s decision in not running for reelection. Click the headline to read more…

Rev. Urbano Vazquez, a Catholic priest from Shrine of the Sacred Heart Parish in Northwest Washington, D.C., was found guilty of sexually abusing two children. The abuse was reported to have occurred as recently as 2017. Click the headline to read more…