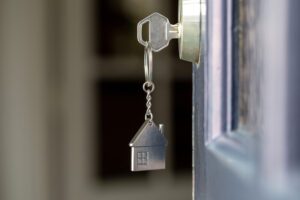 Airbnb paid an Australian woman, who was raped in a property rented via the site, $7 million as a settlement. The attack occurred in 2015 on New Year’s Eve in New York City. The victim and her friends picked up the keys to the property at a bodega near the apartment. It appears as though the attacker managed to make a copy of the keys at some point and hid in bathroom while the victim was out.

The Airbnb safety team, put in place by the company to respond to any safety issues, put the woman up at a hotel and offered its help to local police. Airbnb also paid to fly the victim’s mother over from Australia and offered to pay for counselling as well. As part of the settlement, which was reached two years after the attack, the victim agreed not to blame Airbnb or sue the company or the owner of the apartment where the rape occurred. However, an Airbnb spokesperson maintains, “In sexual assault cases, in the settlements we’ve reached, survivors can speak freely about their experiences. This includes the NYC case.”

Despite the role keys played in the attack, hosts on the site are not required to use keypad locks or change keypad codes. Also, Airbnb still has not changed its requirements for key exchanges or where guests can pick keys up. Hosts are also not required to make Airbnb aware of anyone else who has a key to the property. While the company does run background checks on guests and hosts based in the United States, not requiring the name of anyone who has a key to a host property so a background check can be done seems like a miss on the part of the company.

If you or a loved one were a victim of rape or sexual assault, contact our firm today or learn more by visiting our Airbnb sexual abuse lawsuits page. Our firm reviews sexual assaults committed at Airbnb properties worldwide and can help you understand your legal options. Your time to file a sexual assault claim is limited. Call us today at 1-800-941-7209 for a FREE and PRIVATE consultation.