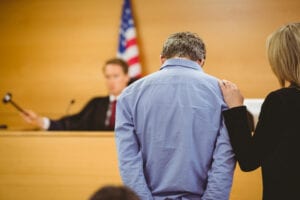 Texas priest Father Manuel La Rosa-Lopez was sentenced to 10 years in state prison after pleading guilty to two charges of second-degree felony indecency with a child. The charges stem from when La Rosa-Lopez served at Sacred Heart Catholic Church in Conroe Texas in the 1990s and early 2000s.

While the Montgomery County District Attorney’s Office stated it had identified four victims of La Rosa-Lopez’ sexual abuse, the plea deal he made was connected to charges against only two of the sexual abuse survivors. The victims, both male and female, were between the ages of 13 to 16 when the sexual abuse occurred.

The sexual abuse was first reported to law enforcement in 2018. However, the female victim said her father reported her sexual abuse to the church back in 2001 but no police report was ever made. The church sent La Rosa-Lopez to the Shalom Recovery Center and then in 2004 reassigned him to St. John Fisher in Richmond. In 2010, the female survivor again reported her sexual abuse to the church after she found out that La Rosa-Lopez was still active and could potentially be abusing other children. Unfortunately, this appears to be another example of a Catholic Church transferring a problem priest to another parish.

While both victims are relieved to receive some feelings of justice with La Rosa-Lopez’ sentencing, they both believe the church needs to do more to protect it members from predatory priests.

If you or a loved one were a victim of sexual abuse within the Texas Dioceses, contact our firm today. Our law firm handles Texas priest sexual abuse lawsuits and can help you understand how long you have to file a clergy abuse claim in the state of Texas. Call us now at 1-800-941-7209 for a FREE and PRIVATE consultation.