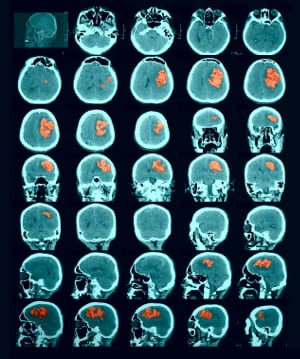 Dr. Frank Conidi, director of the Florida Center for Headache and Sports Neurology, recently presented a study at the American Academy of Neurology’s annual meeting in Vancouver that reported some alarming results. Studying images from sophisticated MRI machines, Conidi analyzed the brains of 40 living former NFL players. What he found was that more than 40% of them showed evidence of abnormal brain structures. The extent of some of the damage was severe enough to be classified as traumatic brain injury. 43% showed damage to the white matter of the brain, which is responsible for connecting nerve cells among different regions. The data also showed that the LONGER a player played in the NFL, NOT how many concussions he suffered while playing, the more likely he was to show signs of traumatic brain injury. This suggested to Conidi that it is not just the concussive hits that can lead to traumatic brain injury, but that the cumulative effect of numerous smaller hits could be just as harmful. Going forward, Conidi advises that all football leagues, from youth to professional, start finding ways to reduce trauma to the brain. In the meantime, he will continue to study former players scans to hopefully reveal what the long term consequences are. The full article can be read here.