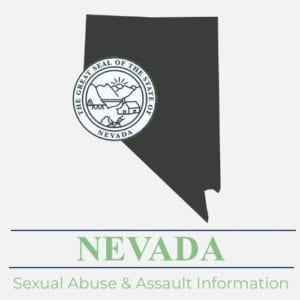 Nevada has made some progress on both their criminal and civil statute of limitation (SOL) laws since 2002. Its efforts to change legislation have helped survivors of sexual abuse get justice against their abusers in the courts, and also allows for compensation. These laws enable lawyers handling sexual abuse claims in Nevada to file cases against sexual predators, including clergy members, and the Catholic Church.

Below you will find Nevada lawsuits news & updates, as well as additional information on Nevada’s statute of limitations laws. These laws are important because they dictate how long a lawyer handling an Nevada sexual assault case has to file a claim on behalf of a survivor. In addition, we’ve compiled a list of Nevada’s settlements received by sexual abuse and assault survivors and a list of Nevada’s ‘credibly’ accused priests released by the dioceses.

In 2013, Nevada made improvements to its criminal SOL reform legislation. And in 2017, the state made improvements to its civil SOL reform legislation. Most recently in 2019, Nevada added a criminal SOL DNA discovery rule which eliminated the SOL for survivors of felony sexual assault where the perpetrator was identified and established by DNA testing.

In 2017, Nevada extended the civil SOL for sexual abuse survivors to age 38 (age of majority, 18, plus 20 years) and added a victim-friendly discovery rule giving survivors 20 years following discovery, or when a connection to the sexual abuse is made, to file a claim. In 2021, Nevada opened a permanent revival window for claims against perpetrators that have been held criminally liable for sexual abuse or exploitation of a minor. This only includes promoters, possessors and viewers of child sexual abuse material. The permanent window for claims brought against other defendants is limited to those age 38 or younger.

Child USA, who has also evaluated every state based on their civil statute of limitation laws, gave Nevada a Civil SOL Age Cap score of 5, on a 1-5 scale, where 5 is the highest. A score of 5 is defined as no age cap – SOL eliminated, however, the rating comes with asterisk explaining that the state has a younger SOL age cap for suits against non-perpetrators. Additionally, Child USA gave Nevada a Revival Law ranking of 3, on a scale of 1-5, where a score of 3 is defined as a revival window or revival up to age 30-54 for claims against perpetrators and others.

Catholic Dioceses in Nevada have agreed to pay out nearly $19 million to victims of child sex abuse. Below outlines the timeline and details of the related settlements.

February 2004 – In 2002, the John Jay College of Criminal Justice completed a study on Catholic Church clergy sexual abuse of minors in the state of Nevada. In February 2004, the US Conference of Catholic Bishops announced the results of the study including approximately $2.5 million in combined settlements given to victims of clergy sex abuse from the Diocese of Reno and the Diocese of Las Vegas. The $2.5 million in settlements were a result of 8 priests being accused of sexual abuse of a minor in the state between 1950-1995.

*The settlements listed above are offered for educational purposes only and do not guarantee any future outcome or settlement. Each legal situation is different, and past performance does not guarantee future results. We do not maintain that is a full list of all settlements in the state of Nevada but merely a grouping of those we choose to share on our website. Please contact us if you would like additional settlements included or if you notice any inaccuracies on our site. We strive to provide our viewers the most up to date and accurate information as possible.

The Diocese of Las Vegas and Diocese of Reno have released the following list of priests, deemed to have been credibly accused of sexual abuse of a minor according to their websites.

A Brentwood California police officer filed a sexual assault lawsuit in alleging she was raped at a police training event in Reno Nevada. Click the headline to read more…