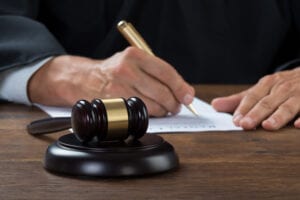 A ruling by the Kansas Court of Appeals holding that negligence claims against institutions are not barred by the statute of limitations will allow a sexual abuse lawsuit filed against the Archdiocese of Kansas City to move forward.

The lawsuit was originally filed in 2017 by a man who claimed he was abused by a priest at St. Matthew’s Church beginning when he was 9-years-old. The victim, who chose not to be identified, claimed the abuse lasted until he was 12-years-old and occurred in the church’s rectory, the Topeka YMCA, and on trips. The Archdiocese moved to dismiss the case, claiming the statute of limitations prohibited the case from being filed. However, the district court judge ruled it could go forward and the Archdiocese appealed. After review, the Kansas Court of Appeals upheld the lower court’s ruling which will allow the case to move forward.

The victim’s attorney was extremely happy with the ruling and said she hopes it “opens the courthouse to survivors.” The survivor was also pleased that the ruling could potentially help other people who have suffered from childhood sexual abuse. “This ruling can affect others down the line,” the man said. “I’m sure that there are more cases to come. Hopefully this is groundbreaking to allow those other ones to move forward.” Any ruling that can extend the timeframe in which a survivor has to file a claim of childhood sexual abuse is helpful since it can take survivors years, or even decades, before they are ready to share their stories of abuse.

The Archdiocese of Kansas City had no comment on the ruling.

Since allegations of child sexual abuse by clergy have gotten more national media attention, the Kansas Bureau of Investigation has been looking into allegations of sexual abuse within Kansas’ four Catholic dioceses. At least 120 cases have been opened by the Bureau since November of 2018.

If you or a loved one were a victim of sexual abuse within the Archdiocese of Kansas City or any other Kansas diocese, contact our firm today. Our law firm handles Kansas clergy sexual abuse lawsuits and can help you understand how long you have to file a clergy abuse claim in the state of Kansas. Call us now at 1-800-941-7209 for a FREE and PRIVATE consultation.