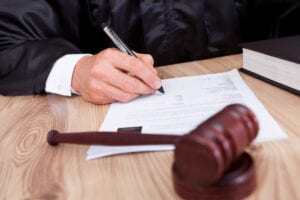 Bankruptcy Judge David T. Thuma is overseeing the Chapter 11 reorganization of the Archdiocese of Santa Fe. Thuma’s recent ruling would allow lawyers for clergy sex abuse survivors to file lawsuits against the diocese claiming it fraudulently transferred an estimated $150 million to avoid paying it to survivors. Lawyers for survivors allege the transfer of Archdiocese real estate and assets to parishes is an attempt to avoid bigger payouts to victims.

The Archdiocese, however, argued to the court that the transfers were done as part of a restructuring that began in late 2012. The ruling by the judge allows the lawyers for these Santa Fe sexual abuse survivors to pursue claims that may lead to larger sexual abuse settlements for their clients. Nevertheless, it is important to note, the judge’s decision does not validate the claims of fraudulent transfers, it only allows for that litigation to be pursued against the diocese. What lead to this point?

In November 2018, Archbishop of Santa Fe John C. Wester made the announcement that the diocese would seek bankruptcy protection. At the time of the bankruptcy filing, the diocese had 40 active cases alleging abuse. The Archbishop admitted the diocese has been contemplating bankruptcy for years and that given the number of claims, the diocese would likely run out of money. In the Archdiocese’s ‘frequently asked questions’ document about the reorganization, it stated the reason for seeking Chapter 11 bankruptcy was to make “certain that all claims of child abuse survivors can be settled fairly and equitably…and reorganization provides the best opportunity to provide fair compensation across the board.”

By mid-2019, negotiations stalled out after an agreement between the Archdiocese and the creditors’ committee could not be reached. One of the issues keeping the negotiations from advancing forward was the move by the diocese to incorporate all of its parishes. In doing so, it transferred substantial assets, in the form of real estate, out of the Archdiocese. In addition, a large amount of money was transferred into trust funds. The courts will now be left to decide whether or not the transferred assets remain protected or become available to compensate clergy abuse survivors.

Battles over assets in diocese bankruptcy cases are not uncommon. In New York, lawyers are fighting to properly value dozens of Buffalo Diocese properties. Bloomberg Businessweek has taken these claims one step further, alleging that the transfer of real estate and other assets is a commonly used tactic employed at the highest level of the Catholic Church across the United States to avoid paying the appropriate compensation to survivors. The expose released in January of 2020, which sites the actions of the Santa Fe diocese, estimates that over $2 billion in assets has been buried by the Catholic Church and that this ‘scheme’ has been going on for over fifteen years.

How this property debate will play out is yet to be determined, but its direction will have a significant impact on the compensation available to survivors.

If you or a loved one were a victim of sexual abuse within the Archdiocese of Santa Fe or any other New Mexico diocese, contact our firm today. Our law firm handles New Mexico sexual abuse lawsuits and can help you understand how long you have to file a clergy abuse claim in the state of New Mexico. Call us now at 1-800-941-7209 for a FREE and PRIVATE consultation.