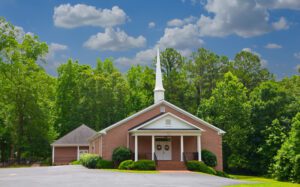 A third-party investigation, done at the request of Southern Baptists, found that for almost twenty years, leaders of the Southern Baptist Convention were ignoring claims regarding a sexual abuse epidemic within the community.
The report also stated that:

Sex abuse survivors were often ignored, minimized and “even vilified” by top clergy in the nation’s largest Protestant denomination.

Similar to investigations of child sexual abuse within the Catholic Church, like the Pennsylvania Grand Jury Report, the investigation into the Southern Baptist Convention uncovered detailed cases of rampant sexual abuse. In addition, these reports uncovered how denominational leaders went out of their way to hinder any attempts at exposing the pedophiles responsible and eradicating the sexual abuse from the church. There’s also evidence in the report that suggests Southern Baptist Convention leaders, much like the Jehovah’s Witnesses, secretly kept a private database of sexual predators – all while telling its community such a list could not be kept in order to protect the Baptist church from liability.

Sexual Abuse Lawyer for Southern Baptist Abuse Victims
If you or a loved one were a victim of sexual abuse within the Southern Baptist Convention, contact our firm today. Our law firm handles Southern Baptist sexual abuse lawsuits and can help you understand how long you have to file a clergy abuse claim in your state. Call us now at 1-800-941-7209 for a FREE and PRIVATE consultation.