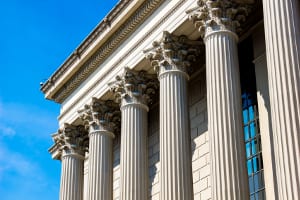 A group of former NFL players filed an appeal asking the 3rd Circuit Court of Appeals to reject the NFL concussion settlement agreement because it excludes what they are calling “the signature brain disease of football.” As the agreement stands right now, players diagnosed with chronic traumatic encephalopathy (CTE) in the future may not be eligible to receive compensation. This could leave thousands of players who have yet to be diagnosed with a neurological disorder without compensation for their injuries. Some former players appealing the agreement said that “no settlement at all” was a better alternative than the one “offering nothing for the vast majority of former players, who will probably die with evidence of CTE in their brains.” Other players want to see the list of compensable injuries expanded to include depression and mood disorders. The full article can be read here.

The Feeney Law Firm provides additional information about employment injuries on our NFL Concussion lawsuit settlement page. Our firm is committed to seeking justice for those affected by NFL Concussions. Fighting to keep people safe from corporate greed and self-interest is our passion. We are here to help make that process as simple as possible for you and your family. Call us now at 1-800-341-1577 for a FREE consultation. Don’t wait; your time to file a claim may be limited.