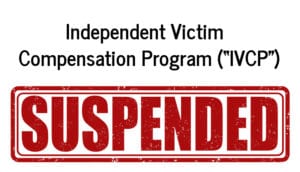 Survivors who chose to seek clergy abuse compensation from the Diocese of Camden through the Independent Victim Compensation Program (“IVCP”) will have to wait a little longer. In July, the diocese suspended making new payments through its Independent Victim Compensation Program (“IVCP”). Camden diocese officials told program administrators Kenneth R. Feinberg and Camille Biros the suspension was necessary because of a “precipitous decline in revenue resulting from the COVID-19 pandemic”.

The Independent Victim Compensation Program (“IVCP”) the Diocese of Camden is a part of also includes the Archdioceses of Newark, Metuchen, Trenton and Paterson as well. The compensation program was announced on February 11, 2019, and administrators started reviewing claims in June of that year. The Diocese of Camden is the only one of the group to suspend the program, the other dioceses are continuing to review and determine awards.

According to the diocese, any awards determined prior to the July announcement are still being paid. The Camden Diocese has yet to make any predictions on when it would restart, if at all. Michael Walsh, spokesman for the diocese, stated, “When we are able to recover from the effects of the pandemic, we expect to again offer compensation to victims”.

A press release from the diocese claims it has paid over $10 million dollars in financial settlements since 1990 and through the IVCP they have paid over $7.5 million in awards.

The Diocese of Camden is not the first diocese to suspend payments due to Covid-19. The diocese of Erie, part of the Pennsylvania Victim’s Compensation Fund, suspended payments in March of 2020, the reason being “…a result of the economic turmoil caused by the onset of COVID-19…” The Erie diocese said it would suspend payments for at least 90 days but ended up taking 5 months. In August, that diocese announced it was resuming payments. The diocese reported the delay affected 40 pending claims.

The official Diocese of Camden press release can be viewed here.

Looking for a Sexual Abuse Lawyer for a Claim Against the Diocese of Camden?

If you or a loved one were a victim of sexual abuse within the Diocese of Camden or any New Jersey diocese, contact our firm today. Our firm handles New Jersey sexual abuse lawsuits and can help you understand how long you have to file a clergy abuse claim in the state of New Jersey. Call us now at 1-800-941-7209 for a FREE and PRIVATE consultation. Don’t wait; your time to file a claim may be limited.