Diocese of Oakland Priest Accused of Raping Boy Decades Ago 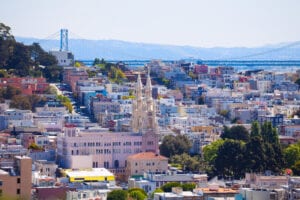 A recent lawsuit filed against the Diocese of Oakland accuses deceased priest Monsignor John T. McCracken of raping a young boy on multiple occasions between 1972 and 1974. It is the first time McCracken has been accused of sexual abuse of a child and his name is not on the California Dioceses’ 2019 list of priests credibly accused of sexually abusing children. Lawyers involved in the case say it is part of a wave of new lawsuits which started after California opened a three-year revival window for sexual abuse claims which were previously time-barred. More than 700 new survivors have come forward with allegations against Northern California Dioceses in the last year and more are expected. The current revival window is set to close on December 31, 2022.

The victim in this case did not want to be identified and filed the lawsuit under the pseudonym “John Doe.” A quote from Doe in the article underscores how important these revival windows can be for survivors of childhood sexual abuse. “I was crippled with very deep depression and anxiety for years, for decades,” Doe said. “It’s only from 30 years of doing therapy and many years of group therapy and recovery meetings that I’ve got to the point where I can actually have a voice for myself.” If the state did not open the revival window, it is possible that Doe could have no recourse for the abuse he endured. Victims may need years, even decades, before they are ready to speak about their abuse. In some states with shorter time periods to file claims due to statute of limitations laws regarding childhood sexual abuse, this could mean a victim misses the window of time given to file a claim.

Doe and his attorney say McCracken would have had access to children throughout his career and, while Doe is McCracken’s first victim to come forward, it is unlikely he will be the only one to do so. “Just the viciousness of what this priest did to my client,” Doe’s attorney said, “there’s no doubt there’s got to be something somewhere that he had done this to others.”

If you or a loved one were a victim of sexual abuse within the California Dioceses, contact our firm today. Our law firm handles California priest sex abuse lawsuits and can help you understand how long you have to file a clergy abuse claim in the state of California. Call us now at 1-800-941-7209 for a FREE and PRIVATE consultation.