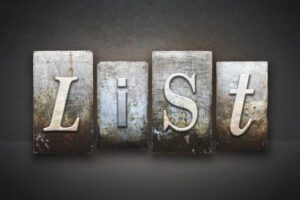 The Diocese of Albany recently added retired priest Father Gregory Weider for “reasonable cause” to its list of priests credibly accused of sexual abuse. The allegations of sexual abuse against minors stem from Weider’s time in the diocese when he served as a priest at St. Mary’s Roman Catholic Church in Coxsackie from 1977 to March 1982.

Weider was removed from public ministry in 2021 after a Child Victims Act allegation was lodged against him. At that time, he was also placed on administrative leave which meant he was no longer allowed to publicly officiate sacraments, wear clerical garb, or present himself publicly as a priest.

While St. Mary’s church refused to comment on the investigation into Weider, the Diocese of Albany released a statement saying it has cooperated with the district attorney’s office on allegations against priests and has provided notice to the proper authorities on any allegations of abuse it receives. Regarding the investigation into Weider, the diocese said, “the independent Diocesan Review Board forwards all pertinent information related to an accused priest, allegations of abuse, and any investigatory reports to the Bishop (Edward Scharfenberger), who then reviews everything before making a decision on whether to accept the board’s recommendation.” The Diocese of Albany continues to deal with child sex abuse lawsuits filed by victims of its clergy members.

Weider was ordained in 1963 and has served at the following locations: Blessed Sacrament, Mohawk; St. Anthony, Schenectady; St. Agnes, Cohoes; St. Thomas the Apostle, Delmar; St. Mary’s, Coxsackie; Holy Cross, Albany; Sacred Heart, Watervliet; and Holy Trinity, Schaghticoke, which was the merger of St. John the Baptist and Our Lady of Mount Carmel, Johnsonville, and St. Monica, Valley Falls. He also served as diocesan chaplain for scouting; assistant national chaplain for scouting; chaplain at Samaritan Hospital in Troy, with residence at Our Lady of Victory, and chaplain at St. Mary’s Hospital, Amsterdam. He retired from full-time ministry in 2010.