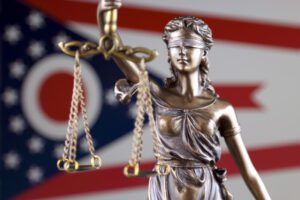 Paul Neyer, a clergy sex abuse survivor, is hoping to use his painful experience to help other victims. Neyer said he was raped by Father Geoff Drew, who was the music minister at his Catholic school prior to becoming a priest. The sexual assaults took place while Neyer was between the ages of 8 and 10. In 2021, Drew pleaded guilty to nine counts of raping a 10-year-old boy (Neyer) and was sentenced to seven years in prison.

Now Neyer is seeking more accountability from the Archdiocese of Cincinnati, as well as asking lawmakers to reform the state’s current child sex abuse statute of limitations laws. Currently, the age cap for child sex abuse claims in Ohio is age 30. This means a child sex abuse survivor only has until age 30 to bring a civil lawsuit against the person who abused them, or the entity that covered up the abuse.

In many cases, it can take decades for a child sexual abuse survivor to feel ready to come forward about being abused. This would make it nearly impossible for survivors to be able to file claims in states where the civil age cap is anything under the age of 50. A good example of a state that saw the need for change and took action is New Jersey, where recently, a revival window was opened and the civil age cap was extended to age 55.

The Archdiocese of Cincinnati said they would seek to laicize Drew, meaning he would be stripped of his priestly duties. Neyer said he did meet with Archbishop Dennis Schnurr after Drew’s conviction. While the Archbishop confirmed Drew would never hold a priestly assignment, Neyer was shocked to learn that the Archbishop could not guarantee that Drew wouldn’t return to the Cincinnati, or another, Catholic diocese in some other capacity after he is released from prison. Neyer said to the media “If I fire somebody for something, I’m not bringing them back for any reason.”

Neyer also went before the Ohio Senate committee in an effort to get lawmakers to pass sexual abuse reform legislation. In a statement Neyer said:

History remembers three kinds of people. Those who endure evil, those who perpetrate or enable evil, and those who stand up to and stop it. I’ve endured it, now I’m standing up to it. With the power you hold, you now sit in a position to either help stop it… or to enable it. Which side of history do you want to be remembered for? I hope you look at this 8-year-old boy and honor him and those who have endured the things he has by passing Senate Bill 226 and continue to push forward to eliminate SOL laws and give victims the chance to find their voice.

Sexual Abuse Lawyer for Ohio Clergy Abuse Victims
If you or a loved one were a victim of sexual abuse within the Ohio Dioceses, contact our firm today. Our law firm handles Ohio sexual abuse lawsuits and can help you understand how long you have to file a clergy abuse claim in the state of Ohio. Call us now at 1-800-941-7209 for a FREE and PRIVATE consultation.