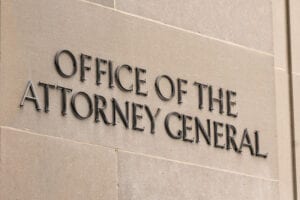 After a two-year investigation, New York Attorney General Letitia James sued the Diocese of Buffalo, alleging it covered up allegations of child sexual abuse and misused charitable assets by supporting predatory priests instead of following protocol and reporting them to authorities. Former Bishop Richard Malone and former Auxiliary Bishop Edward Grosz were also named as defendants in the lawsuit.

Listed among the allegations against the diocese, which filed for bankruptcy months prior to the lawsuit, is that it referred only two dozen priests to the Vatican for trial, even though the diocese has acknowledged 78 diocesan priests with substantiated allegations of sexual misconduct against them. Instead, it appears the diocese protected these priests from public disclosure and went so far as to allow some to retire and receive a pension. The diocese using charitable assets to pay predator priests is particularly insulting to child sex abuse survivors since the Diocese of Buffalo already appears to be trying to devalue its own assets in order to make less money available to compensate victims.

The bankruptcy court has set a bar date of August 14, 2021, meaning victims of sexual abuse only have until this date to file a claim against the diocese in bankruptcy proceedings.

In a news release regarding the lawsuit, James stated: “For years, the Diocese of Buffalo and its leadership failed to protect children from sexual abuse. Instead, they chose to protect the very priests who were credibly accused of these atrocious acts.”

If you or a loved one were a victim of sexual abuse within the Diocese of Buffalo or any other New York diocese, contact our firm today. Our law firm handles New York clergy sexual abuse lawsuits and can help you understand how long you have to file a clergy abuse claim in the state of New York. Call us now at 1-800-941-7209 for a FREE and PRIVATE consultation.