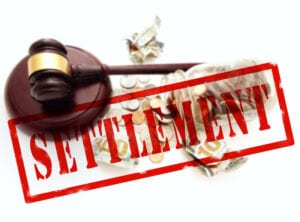 In the last year, the Archdiocese of Seattle has agreed to settlements totaling over $2 million with victims who claim they were sexually abused by four members of the Archdiocese’s clergy.

Rev. Michael C. OBrien, defrocked in 2010, led St. Michael’s Parish in Snohomish from 1974 to 1979 and was accused of sexually abusing a victim during his time there. News articles show that OBrien had been put on leave three times due to allegations of sexual abuse. He resigned in 2009 after being put on leave for the third time, however he continued to maintain he was innocent of the charges of sexual abuse of children. According to a letter from Archbishop Alex Burnett, OBrien eventually realized he “engaged in behaviors that were not consistent with his priestly vocation.” The archdiocese reached an undisclosed settlement with the victim claiming abuse by OBrien and Rev. Dennis Champagne.

Champagne took over for OBrien at St. Michael’s Parish and was there from 1979 to 1999. A separate settlement was reached in early 2020 for $1.7 million between the Seattle archdiocese and another victim claiming sexual abuse by Champagne. There are news reports claiming that then-Archbishop Raymond Hunthausen knew of at least one allegation of sexual abuse in the 1980s involving Champagne. Champagne resigned from active ministry in 2002 when he realized reports of this abuse were going to be made public. Despite the allegations, Champagne remains a priest but has been banned from public ministry. An Archdiocese spokesperson declined to say how many times OBrien and Champagne had been accused of sexual abuse.

A group of concerned Catholics in Washington State contend that the Archdiocese refusing to shed light on these and other allegations of sexual abuse within the Catholic Church only serves to further breed mistrust of the church. They are demanding full disclosure from the Archdiocese with regards to everyone involved in allegations of sexual abuse, especially the names of the priests who have been credibly accused. Only then, the group believes, will the church and its members be able to begin the healing process.

If you or a loved one were a victim of sexual abuse within the Archdiocese of Seattle or any other Washington diocese, contact our firm today. Our law firm handles Washington sexual abuse lawsuits and can help you understand how long you have to file a clergy abuse claim in the state of Washington. Call us now at 1-800-941-7209 for a FREE and PRIVATE consultation.