Truth and Reconciliation Commission Proposed to Archdiocese of Seattle 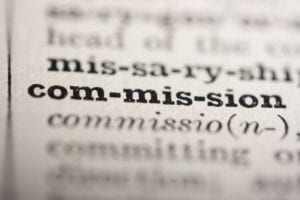 A group of “concerned Catholics, abuse survivors and current and former clergy” are calling for a lay-led Truth and Reconciliation Commission to investigate the sexual abuse crisis in the church. Even though the group has acknowledged that the investigation may re-open the wounds of those who have been personally affected, the group’s goal is to rebuild the trust that has been lost throughout the decades of abuse.

By bringing Catholics around the region together to hear the voices of those victimized by the Archdiocese cover up, those advocating for the Truth and Reconciliation Commission believe it will open the doors to healing and help to rebuild trust within the Catholic church that was previously lost. In addition to forming the commission, the group is calling for all records and files of sexual abuse materials be released by the church and provided to the commission so that it can produce a comprehensive report. After the report is released, they would like to have congregations of worshipers come together to “prayerfully discuss” the report and listen to those who suffered sexual abuse from clergy in the diocese.

Similar commissions have been formed throughout the world in an effort to promote healing and accountability. This group’s hope is that the same can be done for the Archdiocese of Seattle.

If you or a loved one were a victim of sexual abuse within the Washington Dioceses, contact our firm today. Our law firm handles Washington sexual abuse lawsuits and can help you understand how long you have to file a clergy abuse claim in the state of Washington. Call us now at 1-800-941-7209 for a FREE and PRIVATE consultation.