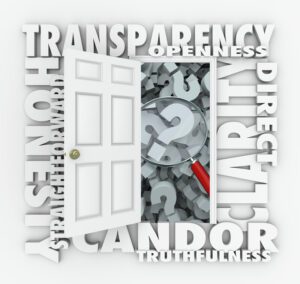 In a lawsuit filed against the Diocese of Albany and former priest Mark Haight, clergy sex abuse survivor, Stephen Mittler, was known as John Doe 1988-1989. Now, Mittler is putting his name and story out to the public in hopes that he can inspire other clergy sex abuse survivors to come forward. He is also using his platform to motivate the diocese to become more transparent when it comes to reporting and handling cases of clergy sex abuse.

Mittler was only 12 years-old when he met his abuser, Mark Haight. He said Haight tried to ingratiate himself into his family immediately and build a relationship with them. After building that trust with the family, Haight was allowed to take Mittler on day trips which soon turned into overnights. On those overnight trips, Mittler said Haight would initiate wrestling matches which would turn into molestation and rape. In 1989, when another abuse allegation was made to the bishop by another young boy, Haight was sent to a treatment facility. However, he continued to contact Mittler’s family and told them he was just away on a retreat. When Haight returned, his sexual abuse of Mittler continued. The bishop never reported any of the abuse allegations to police.

Mittler ended up agreeing to a settlement with the diocese and Haight for $750,000. Going forward, Mittler is hoping he can have a working relationship with the church and has met with numerous church officials, including current Albany bishop Edward Scharfenberger. Mittler’s mission is clear:

This is both an awareness campaign and a transparency campaign. I’ve had dozens of people reach out to me and say ‘me too’. Two were abused by Mark while he was a priest and another person was abused by him after he left the priesthood. We need to finish telling the story, this is an old headline, it’s not surprising, but I think the Child Victims Act brings new awareness to it.

Mittler is not the first to seek more transparency from the Catholic Church. Voice of the Faithful (VOTF), an organization of lay Catholics, was established to help provide governance and guidance of the Catholic Church. The organization recently published a survey reporting the least financially transparent dioceses in the country. VOTF continues to push for Financial Transparency from the Catholic dioceses, explaining: “If the extent of the financial settlements made by bishops to hide clerical sex abuse had become known through transparent financial reporting when the abuse reports started breaking long before 2002, lay Catholics would have been aware that the abuse was not a rare exception, but widespread.”

Some Catholic bishops have already started acknowledging the need for transparency. John P. Dolan, the new bishop of the Diocese of Phoenix announced in a news conference, his commitment to transparency with regards to child sex abuse allegations and the church.