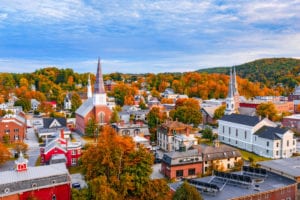 In August of 2019, Bishop Christopher Coyne, head of the Roman Catholic Diocese of Burlington, released a list of 40 priests accused of child sexual abuse. The abuse allegations were deemed credible by a committee appointed by Bishop Coyne, which consisted of seven lay members, four men and three women. One member was a non-catholic and one, John Mahoney, a sixty-five-year-old man from Burlington, Vermont, was a priest abuse survivor himself who settled with the church many years prior. It took the committee nine months to read through more than 50 personnel files belonging to the 40 priests. The committee used the guidelines set forward by the Catholic Archdiocese of Syracuse, New York to help them navigate through all of the documents and information.

“These sins of the past continue to haunt us. These shameful, sinful, criminal acts have been our family’s secret for generation.”
– Bishop Christopher Coyne, Head of the Roman Catholic Diocese of Burlington

A condensed list provided by the Burlington Free Press is below and the full article can be viewed here.

The entire report published by the Archdiocese of Burlington can be viewed here.

The Vermont Archdioceses has spent tens of millions of dollars to compensate victims of priest molestation and sexual abuse. In an additional effort to help with the healing process, Bishop Coyne is waiving any non-disclosure agreements held by the church, and previously signed by victims, which will allow survivors the right to tell their stories.

Looking for a Sexual Abuse Lawyer for a Claim Against the Archdiocese of Burlington?

If you or a loved one were a victim of sexual abuse within the Archdiocese of Burlington or any other Vermont diocese, contact our firm today. Our firm handles Vermont sexual abuse lawsuits and can help you understand how long you have to file a clergy abuse claim in the state of Vermont. Call us now at 1-800-941-7209 for a FREE and PRIVATE consultation. Don’t wait; your time to file a claim may be limited.