The FDA warns patients that there is currently no antidote for the blood thinner Xarelto. That means that should an uncontrollable bleed occur, there is no proven way to stop it. This could lead to serious injury and even death. Xarelto lawsuits allege that there is a risk of uncontrollable bleeding associated with the use of Xarelto and that Bayer Healthcare AG, the makers of the blood thinner, failed to warn patients of this risk. Xarelto attorneys also claim that Bayer neglected to divulge that currently there is no antidote for the blood thinner and that the drug was inadequately tested before it was rushed through the approval process. 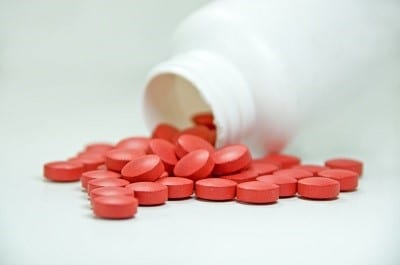 Anticoagulants, sometimes referred to as blood thinners, are drugs that help prevent blood clots. They are given to people who are at a high risk of developing blood clots in order to reduce the risk of a heart attack or stroke caused by a blood clot. Unfortunately, one of the risks associated with blood thinners like Xarelto is the risk of uncontrollable bleeding. Making that risk even greater is the fact that right now there is no antidote for Xarelto.

If you or a loved one took the blood thinner Xarelto and suffered any of the following, please call our firm:

The U.S. Food and Drug Administration (FDA) approved the blood thinner Xarelto for use in patients with atrial fibrillation to help prevent strokes. Xarelto was released with the FDA’s strongest warning, known as a black box warning. This black box warning alerted patients to an increased risk of stroke should they stop using the blood thinner without the advice of their doctor.

In early 2014, the FDA released further safety information regarding Xarelto. The information stated that there was no antidote for Xarelto and any symptoms of blood loss should be evaluated immediately along with the consideration of the need for blood replacement.

Are You Eligible for a Xarelto Lawsuit?

The Feeney Law Firm is committed to seeking justice for those affected by Xarelto. Fighting to keep people safe from corporate greed and self-interest is our passion. We are here to help make that process as simple as possible for you and your family. Call us now at 1-800-809-0911 for a FREE consultation. Don’t wait; your time to file a Xarelto lawsuit may be limited.

Do not stop taking these drugs without first speaking to your doctor.