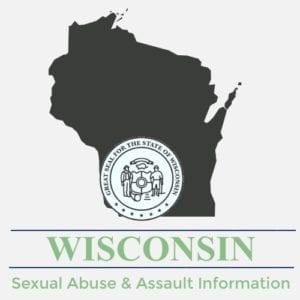 Wisconsin has made some progress on both its criminal and civil statute of limitation (SOL) laws since 2002. Its efforts to change legislation has helped survivors of sexual abuse get justice against their abusers in the courts and allows for compensation. These laws enable lawyers handling sexual abuse claims in Wisconsin to file cases against sexual predators, including clergy members, and the Catholic church.

Below you will find Wisconsin lawsuits news & updates, as well as additional information on Wisconsin’s statute of limitations laws. These laws are important because they dictate how long a lawyer handling an Wisconsin sexual assault case has to file a claim on behalf of a survivor. In addition, we’ve compiled a list of Wisconsin’s settlements and jury awards received by sexual abuse and assault survivors and a list of Wisconsin’s ‘credibly’ accused priests released by the dioceses.

Since 2002, Wisconsin has made some improvements to both its criminal and civil SOL sexual abuse laws. Amendments were made to their SOL laws in 2003, 2005, 2011, and 2017. In 2019, the state proposed new SOL legislation to better help survivors of sexual abuse, but those bills did not pass and become laws.

Wisconsin has no criminal SOL for 1st degree sexual assault, or repeated class A or B felony offenses against the same childhood victim. In 2017, the state amended the criminal SOL to include a SOL age of 45 for survivors who were solicitated for prostitution as a child. In addition, the criminal SOL for sex abuse misdemeanors is 3 years from the date of the crime that begins when the survivor is 18 years old. Child USA, who has evaluated every state based on their criminal statute of limitation laws, gave Wisconsin a score of 3, on a 1-5 scale, where 5 is the highest. A score of 3 is defined as a criminal SOL eliminated for felonies only.

In 2002, Wisconsin’s civil SOL for sex abuse survivors was set at age 20 or 5 years from ‘discovery’, or when the abuse was first remembered. In 2004, the state extended the SOL to age 35 for survivors and eliminated the discovery rule. Efforts to extend the civil SOL for child sexual abuse and even open revival windows have been unsuccessful over the years, meaning the state could be doing more to provide avenues to justice for survivors.

Child USA, who has also evaluated every state based on their civil statute of limitation laws, gave Wisconsin a Civil SOL Age Cap score of 3, on a 1-5 scale, where 5 is the highest. A score of 3 is defined as a civil SOL age cap between 35 and 49 years old for survivors.

Roman Catholic dioceses in Wisconsin have agreed to pay out over $53 million to survivors of child sex abuse. Below outlines the timeline of the related settlements and associated jury awards.

1988 – The Diocese of Superior settled lawsuits with two survivors of sexual abuse for $3 million. The two claims involved former priest Thomas E. Ericksen who confessed to molesting boys at St. Peter Church in Winter, WI, in the 1980s. He was charged in four separate sexual abuse cases in Sawyer County Circuit Court in 2018 and 2019. Ericksen was eventually convicted and given a 30-year prison sentence in September 2019.

February 2004 – The Diocese of Madison announced that it had paid out a total of $1.6 million to sexual abuse survivors since 1950. The 19 paid survivors claimed that 4 priests molested them when they were children.

September 2006 – The Archdiocese of Milwaukee settled lawsuits with 10 survivors of clergy sexual abuse for nearly $17 million. The claims involved widespread molestation of children committed decades ago in California by two Wisconsin priests whose detailed histories of sexual abuse were kept secret when Milwaukee Archdiocesan leaders facilitated their relocation to California. Franklyn Becker and Siegfried Widera were the two credibly accused priests named in the settlement.

November 2012 – At a jury trial in Nevada, a judge ordered the Diocese of Green Bay to pay a Nevada man $700,000 in damages after the man filed a lawsuit claiming John P. Feeney sexually abused him as a child in 1984.

April 2013 – The Diocese of Green Bay agreed to pay $700,000 to two brothers who were sexually abused by a diocesan priest when they were children. The brothers were 12 and 14 years old when they were abused at St. Nicholas in Freedom, WI. John P. Feeney, who was the credibly accused priest in the lawsuit, was convicted and sentenced to jail in 2003 for child sexual abuse. Todd Merryfield, one of the survivors, was quoted in response to a question of why he filed a claim and spoke out publicly of the abuse, “If I can save just one child from abuse, then it’s worth it.”

August 2015 – The Archdiocese of Milwaukee agreed to pay $21 million to hundreds of sexual abuse survivors. The payouts covered 330 survivor claims resulting from priests molesting them when they were children. Lawrence Murphy was referenced in the settlement as having molested potentially 200 boys from 1970-1998. Most of the alleged abuse took place at the John’s School for the Deaf in St. Francis, WI.

*The settlements listed above are offered for educational purposes only and do not guarantee any future outcome or settlement. Each legal situation is different, and past performance does not guarantee future results. We do not maintain that is a full list of all settlements in the state of Wisconsin but merely a grouping of those we choose to share on our website. Please contact us if you would like additional settlements included or if you notice any inaccuracies on our site. We strive to provide our viewers the most up to date and accurate information as possible.

Dioceses of Wisconsin have released the following list of priests, deemed to have been credibly accused of sexual abuse of a minor according to their websites.

According to its website, the Archdiocese of Milwaukee states the following regarding the clergy who have been credibly accused of sexual abuse of a minor, “In line with the assurances given in the Charter for the Protection of Children and Young People, these are the names of diocesan priests of the Archdiocese of Milwaukee who have been (or would be if they were still alive) restricted from all priestly ministries, may not celebrate the sacraments publicly, or present themselves as priests in any way.”

The following list on the Diocese of Madison’s website was last updated on January 17, 2020 and list the following priest of having ‘credible accusations, of abuse of a minor, against them’.

According to its website, the Diocese of Green Bay follows the directives laid out in the 2002 Charter for the Protection of Children and Young People written by the United States Conference of Catholic Bishops. In addition, ‘an allegation is categorized to be “substantiated” when, based upon the facts and circumstances of the case, there is a reasonable cause to suspect that the sexual abuse of a minor has occurred.”

Furthermore, the clergy listed below have had their claims thoroughly examined by the investigative firm of Defenbaugh and Associates, Inc. which was given full access to all diocesan files. The report(s) were then provided to an Independent Review Board who then recommended that the clergy member be included in the list.

According to the Diocese of La Crosse, the clergy included on the list below are no longer in public ministry and the allegation(s) against them is “deemed to be substantiated if it has been sufficiently confirmed so as to believe that abuse occurred. This determination follows a process of consultation and is not a legal judgment. The fact that a specific parish is on the list does not mean that an act of abuse occurred at said parish. Its only significance is that a priest on our list once served at that parish.”