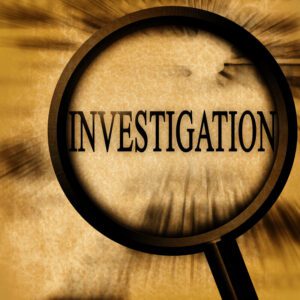 Peter Isley, an abuse survivor, stood alongside Kaul a year ago when he announced his office would begin investigating the Catholic dioceses in Wisconsin. While Isley told fellow survivors he knew it would be difficult to come forward with their stories of clergy sexual abuse, he urged them to do so because he felt this time it would be different with the AG’s commitment. Now, Isley says that the hope he had a year ago, has turned into frustration. “He made promises about this and presented what he was going to do for people and especially to survivors,” Isley said. Many other survivors of clergy abuse say the investigation has gone cold and reliving the past has left them “retraumatized.”

Survivor Patrick Noth said he was raped by a priest when he was only 8-years old. He reported his clergy sexual abuse to Kaul’s office months ago. Recently, Noth reached out to the AG’s office for an update on the investigation into his claim. Noth says he was told investigation may be too strong of a word to use and that there just wasn’t enough money to pursue anything fully.

Other critiques of Kaul’s office claim he has failed to “retrieve documents and evidence, to get audits of church lists, and that they have failed in the criminal prosecution category as well.” The group also says the AG’s office “has failed to investigate senior church management and has not provided adequate whistleblower treatment.”

In a report released in April, Kaul says his office has completed over 200 reports regarding 150 abusers and have criminally charged two clergy members. He also says his office is continuing to work on this “initiative” and encourages survivors of sexual abuse to report their abuse to his office.

Sexual Abuse Lawyer for Wisconsin Clergy Abuse Victims
If you or a loved one were a victim of sexual abuse within the Wisconsin Dioceses, contact our firm today. Our law firm handles Wisconsin sexual abuse lawsuits and can help you understand how long you have to file a clergy abuse claim in the state of Wisconsin. Call us now at 1-800-941-7209 for a FREE and PRIVATE consultation.