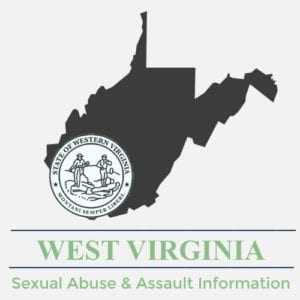 West Virginia’s current criminal and civil statute of limitations (SOL) laws are fairly friendly to survivors of childhood sexual abuse. For felonies, the criminal SOL has been eliminated. The civil SOL for childhood sexual abuse is capped at age 36, which is also the cut-off age for the revival window the state opened in 2020. Civil SOL laws enable lawyers handling sexual abuse claims in West Virginia to file cases against sexual predators, including clergy members, and the Catholic Church.

West Virginia’s civil and criminal statute of limitations (SOL) laws are somewhat victim friendly. Currently, there is no criminal SOL for felonies related to childhood sexual abuse. While the state did open a revival window for previously expired claims of childhood sexual abuse, it capped the age at which those claims could be brought at age 36.

In West Virginia, the civil SOL for child sex abuse claims is capped at age 36 against all types of defendants. The state also has a discovery rule of 4 years against perpetrators of the sexual abuse. West Virginia passed a revival law in which previously expired claims against any type of defendant can be filed until a survivor reaches age 36. Child USA, who has also evaluated every state based on its civil statute of limitation laws, gave West Virginia a Civil SOL Age Cap score of 3, on a 1-5 scale, where 5 is the highest. A score of 3 is defined as a civil SOL age cap between ages 35-49. Additionally, Child USA gave West Virginia a Revival Law ranking of 3, on a scale of 1-5, where a score of 3 is defined as a revival window or revival up to age 30-54 for claims against perpetrators and others.

If you or someone you love was sexually abused or assaulted in West Virginia, contact us now. Due to West Virginia’s revival window, those sexually abused as a minor may still have a claim against their abuser, depending on how long ago the abuse occurred. Even if the abuser is deceased, you may still have a claim against the organization responsible.

August 2019 – The Diocese of Wheeling-Charleston reached a confidential settlement with a former personal altar server who claimed ex-Bishop Michael Bransfield sexually assaulted him in 2014 and harassed him for years prior. This was not the first time Bransfield had been accused of sexual abuse.

The settlements listed above are offered for educational purposes only and do not guarantee any future outcome or settlement. Each legal situation is different, and past performance does not guarantee future results. We do not maintain that is a full list of all settlements in the state of West Virginia but merely a grouping of those we choose to share on our website. Please contact us if you would like additional settlements included or if you notice any inaccuracies on our site. We strive to provide our viewers the most up to date and accurate information as possible.

The Catholic Diocese of Wheeling-Charleston has released the names of priests and clergy members who they deemed to be ‘credibly accused’ of sexual abuse of a child.

The list below will be updated as litigation or investigations are concluded so that new names of credibly accused priests in West Virginia can be added.

In a narrow decision, the West Virginia Supreme Court ruled the Consumer Credit and Protection Act (CCPA) does not apply to services provided by a religious institution. Click the headline to read more…