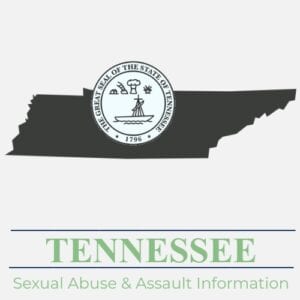 Tennessee’s civil statute of limitations (SOL) laws are less victim friendly in providing survivors of childhood sexual abuse an avenue to justice than many other states around the country. While the state did extend its civil SOL laws by 15 years in 2019, in most cases, that still doesn’t give survivors of sexual abuse enough time to feel prepared emotionally to report their abuse. Civil SOL laws enable lawyers handling sexual abuse claims in Tennessee to file cases against sexual predators, including clergy members, and the Catholic Church.

Tennessee has made some progress in the past decade towards helping survivors of sexual abuse get civil justice by extending its civil statute of limitations laws for child sexual abuse. However, the state’s civil age cap is on the lower end of the spectrum when compared to many other states, which means it could be doing more to help survivors. There also doesn’t appear to be any plans in the near future to open any sort of revival window for time-barred claims.

In Tennessee, there is no criminal SOL for child sex abuse felonies and misdemeanors, however, admissible and credible evidence corroborating the charges must be submitted when a victim is over the age of 43, was abused between the ages of 13-17, and the abuse was not reported. Child USA, who has evaluated every state based on its criminal statute of limitations laws, gave Tennessee a Criminal SOL score of 4, on a 1-5 scale, where 5 is the highest. A score of 4 is defined as an elimination of the criminal SOL for some felonies and misdemeanors.

In Tennessee, the civil SOL for child sex abuse claims is capped at age 33. There is a discovery rule for civil actions in Tennessee which allows victims up to 3-years to file a claim after discovering a connection between their injury and the abuse. Child USA, who has also evaluated every state based on its civil statute of limitations laws, gave Tennessee a Civil SOL Age Cap score of 2, on a 1-5 scale, where 5 is the highest. A score of 2 is defined as a civil SOL age cap between the ages of 25-34.

February 2009 – The Diocese of Memphis agreed to pay $1.55 million of a $2 million settlement for claims brought by a man who said Rev. Juan Carlos Duran sexually abused him in the year 2000 when he was 14-years-old at Church of the Ascension in North Memphis. The diocese claimed it acted responsibly in dealing with the abusive priest.

December 2019 – The Diocese of Knoxville reached an out-of-court settlement with a man who claimed he was sexually abused by two priests when he served as an altar boy as a child. The man said he was abused by Rev. Francis Xavier Mankel and Bishop Anthony O’Connell and that the abuse began when he was a fourth grader at Sacred Heart Cathedral School. The terms of the settlement were not disclosed to the public. Both Mankel and O’Connell have since died.

July 2020 – The Diocese of Nashville agreed to pay $65,000 to settle a claim with a woman who alleged she was sexually abused by Rev. Kevin McGoldrick when she was a student at Aquinas College in 2017. The woman claimed McGoldrick was her spiritual director, and when she met with him at the rectory, he got her drunk and proceeded to assault her. The diocese never opened a formal investigation into the incident.

The settlements listed above are offered for educational purposes only and do not guarantee any future outcome or settlement. Each legal situation is different, and past performance does not guarantee future results. We do not maintain that is a full list of all settlements in the state of Tennessee but merely a grouping of those we choose to share on our website. Please contact us if you would like additional settlements included or if you notice any inaccuracies on our site. We strive to provide our viewers the most up to date and accurate information as possible.

Catholic Dioceses in Tennessee have released the names of priests and clergy members who they deemed to be ‘credibly accused’ of sexual abuse of a child.

The lists below will be updated as litigation or investigations are concluded so that new names of credibly accused priests in Tennessee can be added.

Check back for recent news related to Tennessee’s sexual abuse and assault laws.