Survivors Deliver List of Over 300 Abusive Priests to Archbishop 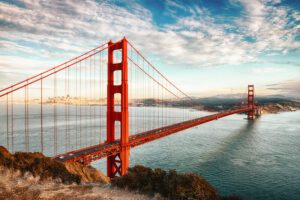 The Survivors Network of those Abused by Priests (SNAP), as well as other survivors of clergy sexual abuse, delivered a list of 312 clergy and lay people publicly accused of sexual abuse. All of the names were associated with the Archdiocese of San Francisco. SNAP singled out the Archdiocese and San Francisco Archbishop Salvatore Cordileone because he is one of only 15 bishops in the United States who refuses to release a list of credibly accused abusers in his Archdiocese. SNAP said it got the names of the alleged abusers from lawsuits and investigations that were publicly disclosed.

Abuse survivor and SNAP member Dan McNevin thinks it is extremely important for dioceses to publish lists of credibly accused clergy and to keep them current. In fact, McNevin believes that had credibly accused lists existed back in the 1960s, then maybe he would not have been abused himself since the priest who assaulted him had a documented history of abusing children.

Advocacy site Bishop-Accountability.org reports that all but 15 dioceses in the U.S. have either posted their own credibly accused list, or, in Colorado, provided names to Colorado’s attorney general that were then published. While it is great to see all of the dioceses that have posted their own credibly accused lists, Terry McKiernan, president of Bishop-Accountaiblity.org said the quality of lists can vary greatly from diocese to diocese. However, he is encouraged to see so many dioceses releasing lists since it can help the healing process for clergy abuse survivors.

It is one thing when Bishop-Accountability puts something out, but if a bishop does it, it’s tantamount to an admission. Survivors have told me when it’s actually acknowledged by the institution itself, it makes a difference.

An Archdiocese spokesperson declined to answer why the archbishop has refused to release a list of credibly accused clergy and lay people associated with the Archdiocese of San Francisco. In a statement subsequently released by the Archdiocese, it said all allegations of sexual abuse are taken seriously and reported to authorities.

Sexual Abuse Lawyer for California Clergy Abuse Victims
If you or a loved one were a victim of sexual abuse within the California Dioceses, contact our firm today. Our law firm handles California sexual abuse lawsuits and can help you understand how long you have to file a clergy abuse claim in the state of California. Call us now at 1-800-941-7209 for a FREE and PRIVATE consultation.