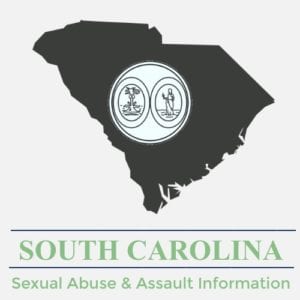 South Carolina has tried over the years to propose new legislation which would help survivors of childhood sexual abuse get access to civil justice, but proponents of these bills have had little to no success. However, the state does have no criminal SOL, allowing survivors of all ages to file criminal charges against their abusers.

South Carolina’s civil statute of limitations laws haven’t changed at all since 2001. Its civil age cap is on the lower end compared to other states around the country. A bill was introduced to the state Legislature which would extend the civil SOL to age 55 against all types of defendants. Child USA, who has also evaluated every state based on their civil statute of limitation laws, gave South Carolina a Civil SOL Age Cap score of 2, on a 1-5 scale, where 5 is the highest. A score of 2 is defined as a civil SOL age cap between 26 and 34 years old for survivors.

It is estimated that the Roman Catholic Diocese of Charleston, SC has paid out nearly $12,000,000 to survivors of sexual abuse at the hands of its clergy and other church personnel. Below outlines the timeline of those settlements.

1995 – The McDonald brothers, four men molested in 1979 by Fr. Justin Goodwin, who has since been named as a credibly accused priest by the Diocese of Charleston, received $150,000 in total. The brothers say the abuse devastated their lives.

August 2007 – The Catholic Diocese of Charleston settled out of court with 11 sexual abuse victims for a total of nearly $1.4 million. This settlement flowed from a $12 million class action settlement fund approved by a Dorchester County, South Carolina circuit judge in the prior month. The judge capped the amount at $12 million so the Diocese would avoid bankruptcy. Over the next year, the Diocese would pay out over $10 million as part of the class action settlement to sexual abuse survivors.

*The settlements listed above are offered for educational purposes only and do not guarantee any future outcome or settlement. Each legal situation is different, and past performance does not guarantee future results. We do not maintain that is a full list of all settlements in the state of South Carolina but merely a grouping of those we choose to share on our website. Please contact us if you would like additional settlements included or if you notice any inaccuracies on our site. We strive to provide our viewers the most up to date and accurate information as possible.

Allegations Emerge of Priest Sexual Abuse within the Diocese of Charleston

The Diocese of Charleston is once again facing new allegations of child molestation involving two different priests. Click the headline to read more…