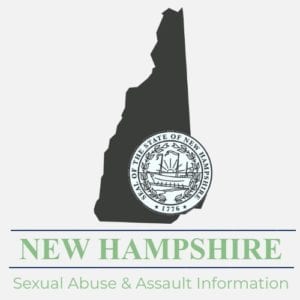 New Hampshire has made good progress on their civil statute of limitation (SOL) laws since 2002. In 2020, the state passed a law eliminating the civil SOL for incest and sexual assault of a minor. These changes have helped survivors of sexual abuse pursue justice against their abusers in the courts, and potentially allows for compensation. These laws enable lawyers handling sexual abuse claims in New Hampshire to file cases against sexual predators, including clergy members, and the Catholic Church.

In 2008, New Hampshire extended the civil SOL for sexual abuse survivors to age 30 (age of majority, 18, plus 12 years) to go with its 3-year discovery rule, or when a connection to the sexual abuse is made, to file a claim. In 2020, state legislators passed a law that eliminated the civil SOL age cap for incest and sexual assault. Child USA, who has also evaluated every state based on their civil statute of limitation laws, gave New Hampshire a Civil SOL Age Cap score of 5, on a 1-5 scale, where 5 is the highest. A score of 5 is defined as no age cap or eliminated SOL.

The Catholic Diocese of Manchester, NH has agreed to pay out nearly $30 million to victims of child sex abuse. Below outlines the timeline and details of the related settlements.

October 2002 – The Diocese of Manchester settled claims for a total of $950,000 with 16 men who were allegedly sexually abused by priests. The men claimed that 8 priests sexually abused them when they were boys from 1957 to 1982. The settlement included a letter from the bishop to each man apologizing for the hurt they suffered. He also offered to meet with them individually.

May 2003 – The Diocese of Manchester announced that they paid out a total of $15,450,000 in claims to 176 sexual abuse victims over the prior 11 months. Four of the 176 victims, three men and one woman, claim that they were sexually abused by three Manchester Diocesan priests from 1972 through 1990. The Diocese has accepted the claims as truthful. “We’ve accepted these [claims] as credible accusations,” said diocesan spokesman Pat McGee at the time. In total, the sexual abuses dated back to the early 1950s and 23 priests were identified as the abusers.

*The settlements listed above are offered for educational purposes only and do not guarantee any future outcome or settlement. Each legal situation is different, and past performance does not guarantee future results. We do not maintain that is a full list of all settlements in the state of New Hampshire but merely a grouping of those we choose to share on our website. Please contact us if you would like additional settlements included or if you notice any inaccuracies on our site. We strive to provide our viewers the most up to date and accurate information as possible.

The Diocese of Manchester has released the following list of priests, deemed to have been credibly accused of sexual abuse of a minor according to their website.

Click to view our larger list of priests accused of sexual abuse. Here you can search by accused clergy first and last name, Parish/Diocese, city and state, and even by the years of their assignments.

Details behind the list of Catholic clergy credibly accused of sexual abuse in the Diocese of Manchester, NH (shown in its entirety above) was announced in July 2019. Click the headline to read more…