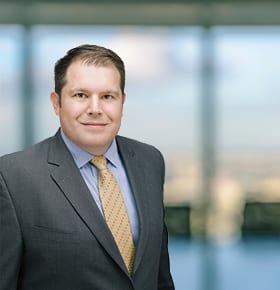 Michael Feeney is the Principal and founder of the Feeney Law Firm. Through various experiences in life and in law school, Michael recognized that not everyone had the same access to justice. Too often it seemed like the people who desperately needed legal help usually had the most difficulty finding it. Michael’s goal in founding the Feeney Law Firm is to make sure that all people have the same access to legal help, regardless of their circumstances.

Michael served as the Director of Compliance for a national personal injury firm prior to starting the Feeney Law Firm. In this role he ensured that the various departments within the firm were operating according to applicable laws and regulations, and confirmed that any content released to the public by the firm adhered to all ethical and legal standards set forth by various regulatory bodies. He also spent hours on the phone with clients, talking with them about their legal issues and trying to figure out the best path for them going forward. Michael wanted to make sure clients understood what was happening with their cases and that the firm was there to help them get what they deserved.

Michael began his career in finance as a market compliance analyst at the Boston Stock Exchange. There he analyzed various data to assure compliance in all trading activity on the exchange. From there he moved onto the trading floor of the exchange where he worked for years as an equity trader. His time on the exchange floor provided Michael with great insight into how the market operates and where customers would need to be protected in their investment opportunities. From there Michael moved on to become a Senior Fund Administrator at an international bank where he worked with numerous hedge fund clients.

Michael is a graduate of Fairfield University in Connecticut and received his law degree with honors from New England Law Boston. While at New England, Michael received numerous awards for academic excellence including being named a New England Scholar, receiving a CALI Excellence for the Future Award, and being named to the Dean’s List in every semester. Michael also gained valuable experience and knowledge through his work with New England Law’s Clinical Law Office along with a summer internship at a well-known Boston law firm.