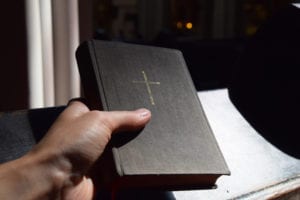 A new law passed in the state of California provides victims with a window to file claims of childhood sexual abuse that were previously time barred. One man is taking advantage of that law and in February of 2020, filed a lawsuit against the Los Angeles Archdiocese. The victim alleges that Father Michael Baker sexually abused him repeatedly from age 6 to 10 years old and that the Cardinal at the time, Roger Mahoney, covered it up. The plaintiff’s attorney, John Manly, stated that the Cardinal tried to hide what was going on with Father Baker by transferring him to other parishes rather than reporting the criminal behavior to the police.

In 2007 Father Michael Baker pleaded guilty to molesting two other boys and was sentenced to 10 years in prison. In light of these lawsuits, Cardinal Mahoney acknowledged that he mishandled the situation by allowing Baker to stay in the priesthood. His decision clearly allowed other children to be sexually abused by Baker. On Wednesday February 12th, the archdiocese released the following statement,

“The archdiocese has expressed deep regret for the mistakes made in handling the case of former priest, Michael Baker, and has implemented many changes and reforms in the 30 years since to ensure that parishes, schools and ministries continue to be safe places for all in our communities. As stated in the 2004 Report to the People of God, Cardinal Mahony publicly acknowledged his misjudgment in handling this case and has apologized for allowing Baker to remain in ministry.”

In light of recent allegations, similar to this one, the Archdiocese of California set up a compensation program that allows any person who was sexually abused as a minor, by a member of its clergy, the opportunity to file his or her claim through an independently run program, rather than filing through the court system. However, the ‘window’ for this program was short (only 1 year) and required victims to file a claim by January 31, 2020.

If you or a loved one were a victim of sexual abuse within the California Dioceses, contact our firm today. Our law firm handles California sexual abuse lawsuits and can help you understand how long you have to file a clergy abuse claim in the state of California. Call us now at 1-800-941-7209 for a FREE and PRIVATE consultation.