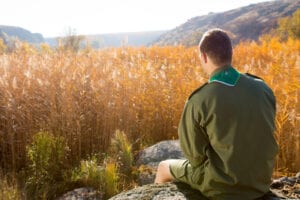 The Boy Scouts of America has offered to fund a trust with at least $300 million to compensate child sex abuse victims. The offer is part of a reorganization plan submitted by the Boy Scouts after filing for bankruptcy in 2020. The money will come from local councils, insurance policies and the sale of a collection of Norman Rockwell paintings.

The bankruptcy court previously set a “bar date” of November 16, 2020 – the date by which all claims must be filed. With over 85,000 claims currently filed against the Boy Scouts, the court-appointed committee representing the victims estimates the average settlement per victim would be just over $6,000, not including contributions received from insurance companies. While it is unlikely that all 85,000 claims would be compensable and each victim would not receive the same amount, victims and their attorneys are outraged by the small amount offered given the actual value of the assets held by Boy Scouts of America.

At the time it filed for bankruptcy, it was estimated that Boy Scouts of America assets totaled over $1 billion, which does not include the additional billions owned by its individual local councils. According to John Humphrey, chairman of the victim’s committee, “The BSA and its local councils are not making the effort necessary to provide a modicum of compensation to men and women whose lives were changed forever by BSA’s and the local councils’ failure to protect them as children.”

In addition to the $300 million being offered by the Boy Scouts of America, the plan indicated that an additional $300 million would be funded by its local councils. However, the problem, according to plaintiff’s attorneys, is that those contributions would be voluntary and the plan lacks any specifics indicating how much each council would actually pay. This makes it difficult, if not impossible, to determine what a local council is paying as a percentage of its total assets.

According to Michael Pfau, whose firm represents over 1,000 claimants, local councils’ assets are not being properly included. Pfau points out that in California alone, the councils’ own over $250 million in real estate, making the $300 million country-wide total for council contributions substantially insufficient. He states, “It appears very clear the Boy Scouts are trying to conceal the fact that these councils are not paying a fair amount, and worse, they are trying to force abuse survivors to give up their claims for close to nothing.”

Looking for a Sexual Abuse Lawyer?

If you or a loved one were a victim of sexual abuse, contact our firm today. Our firm handles sexual abuse lawsuits and can help you understand how long you have to file a child sex abuse claim. Call us now at 1-800-941-7209 for a FREE and PRIVATE consultation. Don’t wait; your time to file a claim may be limited.

*Note due to the bar date set by the bankruptcy court, we are unable to take any new claims against the Boy Scouts of America.