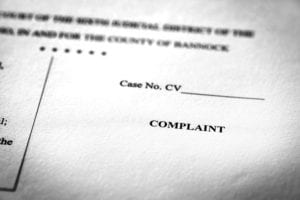 Bishop Nicholas DiMarzio is defending himself again against a second allegation of sexual abuse while serving in the Archdiocese of Newark.

The first accusation came in 2019. Mark Matzek, a then 56-year-old man, accused DiMarzio and a second priest, Rev. Albert Mark (deceased) of repeated abuse while he was an altar boy at St. Nicholas Church and a student at St. Nicholas School.

The second accusation of abuse was made by Samier Tadros, 46. On March 9, the Associated Press reported that Tadros’s attorney notified the Newark Archdiocese’s attorneys of the accusation. Samier Tadros claims he was sexually abused repeatedly at Holy Rosary Church in Jersey City when he was 6 years old.

“There is absolutely no truth to either of these allegations. I deny this outrageous and libelous claim. I am contemplating filing a lawsuit against those responsible for these statements, which have no basis in fact. I am ready, willing, and able to go to trial to defend myself.” DiMarzio goes on to say, “I understand this is a grave matter. A church investigation, called Vos Estis, is being conducted. The Archdiocese of New York has hired an outside law firm to oversee the process and they in turn hired the investigative agency run by the retired former director of the FBI, Louis Freeh, to conduct the investigation. I pledge my full cooperation to this independent investigation. As we go forward, I will keep you informed.”

If you or a loved one were a victim of sexual abuse within the Archdiocese of Newark or any other New Jersey dioceses, contact our firm today. Our law firm handles New Jersey sexual abuse lawsuits and can help you understand how long you have to file a clergy abuse claim in the state of New Jersey. Call us now at 1-800-941-7209 for a FREE and PRIVATE consultation.