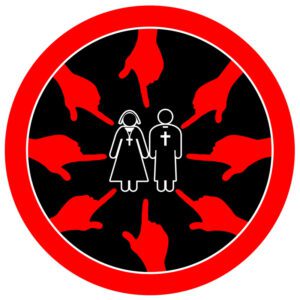 The Diocese of Columbus added Rev. Dean A. Mathewson to its list of priests credibly accused of child sexual abuse who have served in the diocese. The number of names on the list now totals 53 with one priest still awaiting a judgment.

Matthewson was put on leave in January after he was accused of sexually abusing a minor in the early 1990s while serving at St. Francis de Sales Parish in Newark. Newark police reported that the survivor was around 12 to 14 years old at the time of the alleged abuse. They also said the diocese reported the abuse and was cooperating with their investigation. Priests who are put on leave cannot perform their priestly duties to the public or identify themselves as clergy publicly.

Columbus’ list of priests credibly accused of sexually abusing children first came out in 2019. This was right after the release of the Pennsylvania grand jury report which found almost 1,000 victims of alleged sexual abuse by more than 300 priests over the course of 70 years. The grand jury report also detailed the Catholic Church’s cover-up of the child sexual abuse scandal. The report incited pressure from the public for dioceses to produce their own lists of priests who had been credibly accused of sexually abusing children.

When he was ordained in 1973, Mathewson first taught at St. Francis de Sales High School on Columbus’ Northeast Side and was an assistant priest at St. Matthias Church on Columbus’ Northeast Side from 1973 to 1977. Then, Mathewson worked at Bishop Flaget High School in Chillicothe and St. Mary Church in Chillicothe from 1977 to 1981. For 10 years, from 1981 to 1991, he served at St. Joseph Parish in LaRue and taught part-time at Marion Catholic High School. Then, from 1991 to 2003, he was at St. Francis de Sales Parish in Newark. He then served from 2003 to 2006 as an associate pastor at St. Brendan the Navigator Church in Hilliard, and from 2006 to January of this year he was the diocesan coordinator for priest hospital chaplains.

Sexual Abuse Lawyer for Ohio Clergy Abuse Victims
If you or a loved one were a victim of sexual abuse within the Ohio Dioceses, contact our firm today. Our law firm handles Ohio sexual abuse lawsuits and can help you understand how long you have to file a clergy abuse claim in the state of Ohio. Call us now at 1-800-941-7209 for a FREE and PRIVATE consultation.