Diocese of Brooklyn Sued by Insurer Over Sex Abuse Claims 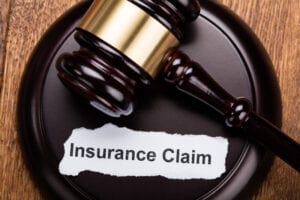 The Catholic Church’s past history of covering up childhood sexual abuse claims has led to another lawsuit being filed, this time by one of its insurers. Arrowood Indemnity Company, an insurance company that covers the Diocese of Brooklyn, has filed a lawsuit asking the court to rule that it not be held responsible for defending or indemnifying the Diocese against sexual abuse claims. The insurance company filed the lawsuit because of “allegations of the Diocese’s long-standing specific knowledge of individual instances of abuse and its decades-long culture of coverup.”

In the suit, Arrowood Indemnity Company, accuses the Diocese of not providing internal documents which would potentially show what and how much the Diocese knew about sexual abuse allegations and what steps were taken to handle them. Arrowood claims that repeated requests for these documents have gone unanswered by the Diocese.

Arrowood also names former priest Romano J. Ferraro in the lawsuit. Ferraro is currently named in over a dozen pending lawsuits and is currently serving a life sentence in Massachusetts after he was convicted of repeatedly raping a boy from 1973-1980. The complaint alleges that the Brooklyn Diocese knew about allegations of child sexual abuse against Ferraro as early as the 1950s and yet did nothing to stop him. In fact, the complaint alleges the Diocese enabled Ferraro as it transferred him from church to church which allowed him access to more victims.

In the complaint, Arrowood said the Diocese “engaged in a pattern of continuously reassigning and transferring Ferraro on at least nineteen (19) occasions despite knowledge that he was a pedophile.” Since the Diocese knew the sexual abuse of children was “substantially certain to occur”, Arrowood argues, it was not fortuitous and, therefore, would not have been insurable.

If you or a loved one were a victim of sexual abuse, contact our firm today or learn more by visiting our clergy sexual abuse lawyers page. Our firm reviews cases of sexual abuse nationwide and can help you understand your legal options. Your time to file sexual abuse and assault claim is limited. Call us today at 1-800-941-7209 for a FREE and PRIVATE consultation.