Delay in California Clergy Abuse Trial Due to Coronavirus 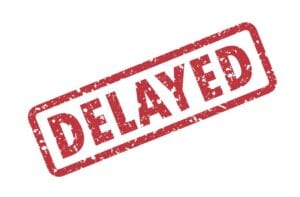 In a July ruling, a California judge has delayed a court case involving the sexual abuse of two undisclosed plaintiffs, John R.R. Doe and John R.F. Doe. The cases will not proceed as scheduled in October, but instead will be rescheduled for March 2021. Los Angeles Superior Court Judge David Sotelo cites the COVID-19 pandemic as the reason. Disruption in the court system isn’t isolated to California. Recently the Diocese of Albany was flooded with sexual abuse lawsuits after a nearly three-month delay in courts due to the Coronavirus. The California delay nevertheless pushes back potential justice for what started several years ago.

The case began back in October of 2018 when a lawsuit was filed by two brothers who claimed they were molested in the 1990’s by a priest at a Riverside Parish. The priest named in that lawsuit was Rev. Carlos Rene Rodriquez, but also named was the Archdiocese of Los Angeles, and the Diocese of San Bernardino. A history of child abuse already followed Rev. Carlos Rene Rodriguez, as he was convicted in 2004 of abusing two teen boys and was sentenced to eight years in prison. Currently, the plaintiffs’ attorney is unable to find the defrocked clergyman, who may also have little or no money to his name. If Rev. Carlos Rene Rodriguez cannot be located, it may be very difficult to name him as a defendant by the time a jury is impaneled.

The plaintiffs’ attorney has chosen to name the Archdiocese of Los Angeles and the Diocese of San Bernardino in the lawsuit, along with Rev. Rodriquez, due to the failure by both dioceses to protect the victims and report Rodriquez’s previous abuse allegations to the police. After an incident of sexual abuse occurred in 1987, parents of the victims notified the diocese that they planned to contact the police. Only after that did the diocese make the decision to send Rodriquez to a treatment facility. In 1988, only a year later, he was returned to active ministries in California.

If you or a loved one were a victim of sexual abuse within the California Dioceses, contact our firm today. Our law firm handles California sexual abuse lawsuits and can help you understand how long you have to file a clergy abuse claim in the state of California. Call us now at 1-800-941-7209 for a FREE and PRIVATE consultation.